Updates from the summer meeting of the AAD focused on systemic therapies used in dermatology.

There are eight biologic drugs (and half as many biosimilars) currently approved to treat plaque psoriasis, but these powerful therapeutics have many potential off-label uses. Speaking at the summer meeting of the American Academy of Dermatology (AAD) in July, Mark Lebwohl, MD, Sol and Clara Kest Professor and Chairman of the Department of Dermatology at The Mount Sinai School of Medicine, spoke about off-label uses for biologics.

Biologics Beyond the Plaques

One of the most promising off-label uses for biologics in dermatology is for a related indication: erythrodermic psoriasis. Dr. Lebwohl noted that etanercept (Enbrel), adalimumab (Humira) (including use in patients positive for hepatitis C), and infliximab (Remicade) have all been published in the literature as successful treatments for erythrodermic psoriasis.

Ustekinumab (Stelara) has also been used effectively for erythrodermic psoriasis, including use after failure of anti-TNF therapies, Dr. Lebwohl noted.

Paradoxically, infliximab has been documented to induce erythrodermic psoriasis. One reported case responded well to cyclosporine.

Pustular psoriasis has been documented in a patient who received infliximab for Crohn’s disease, again, likely due to the paradoxical inflammation induced by anti-TNF-α therapy.

With adalimumab receiving FDA approval for the treatment of hidradenitis suppurativa (HS), there is interest in using other biologics for the condition, Dr. Lebwohl observed. 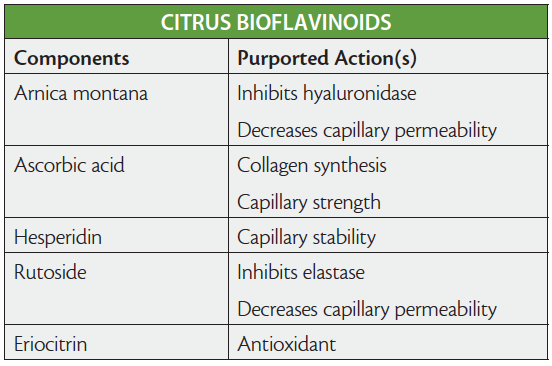 There are cases of paradoxical HS, Dr. Lebwohl noted. In one analysis of cases, researchers determined that the patients who develop hidradenitis all had had a good response to TNFa antagonist therapy at the time of HS occurrence. The time from TNFa antagonist initiation to HS onset or exacerbation ranged from a few weeks to 24 months. Systemic antibiotics provided control of paradoxical HS.3

Perhaps not surprising in light of recent FDA approval of dupilumab (Dupixent), there has been interest in using other available biologics to treat adult atopic dermatitis. Ustekinumab has been shown effective in the literature, Dr. Lebwohl pointed out.

Speaking at the same summer AAD session, Ted Rosen, MD, Professor of Dermatology, Baylor College of Medicine in Houston, shared pearls for the use of systemic therapies—noting that most of these “novel” ideas are based in basic science.

There’s increasing interest in the role of zinc in overall health and the contributions of zinc deficiency to immune deficiency, Dr. Rosen said. An open-label trial of zinc sulfate 10mg/kg/day taken for up to six months showed that supplementation completely cleared molluscum in almost half of cases (47.5 percent) and provided partial clearance in 25.4 percent of cases.

It’s well know that skin disorders like atopic dermatitis and ringworm can affect humans as well as animals. Less well known is that fact that research into treatments to benefit pets is yielding valuable knowledge that could benefit human patients. “Dermatologists, veterinarians, and scientists can learn a lot from one another,” says board-certified dermatologist Jennifer Gardner, MD, FAAD, an assistant professor of dermatology at University of Washington in Seattle and a collaborating member at the UW Center for One Health Research. “When we work together and share our expertise, it can improve the health of humans and animals alike, as well as the health of the environment they share.” The roots of the One Health movement, which aims to explore the links between humans, animals, and the environment, extend back to the days when a single doctor cared for all members of a household, both human and animal, Dr. Gardner says. Although medicine grew more specialized over the years, she says, the idea of collaboration across different medical and scientific disciplines has gained momentum over the past decade. 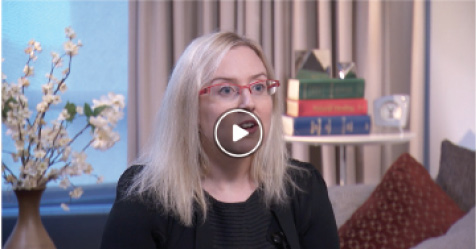 Dr. Garner presented on the One Health Research program at the summer meeting of the AAD, and she spoke with DermTube.com about her research. You can watch the interview by clicking here.

Within the One Health model, “We can scale up what we’re seeing in our clinics, or if we’re researchers, what we’re seeing at the benchside, and we can think about what are the links above us that are impacting society as whole…We can also look horizontally and make links there. What are the links between human diseae or human health, especially as it relates to the skin, as it relates now to animals and to the environment,” Dr. Gardner told DermTube.

Already, research into animals is impacting humans. For example, because topical treatments have been ineffective for fur-covered dogs, the treatment approach in canines has emphasized systemic treatments. This could affect the way dermatologists treat atopic dermatitis in human patients, Dr. Gardner says.

The global dermatology pipeline, which currently comprises 850 products with a disclosed stage of development, is primarily made up of drugs at an early stage of development, with the late stages of the pipeline dominated by generics and biosimilars, according to new data from GBI Research.

“The strong presence of biologics in the late-stage pipeline could have a considerable impact on treatment algorithms in the dermatology therapy area over the forecast period,” says Ross Wilkinson, Associate Analyst for GBI Research, in a news release. “Furthermore, these innovative therapies, which have only been used for a little over a decade, in primarily a single dermatological indication, were able to reap large commercial revenues—as illustrated by the success of Humira and Stelara for the treatment of moderate to severe psoriasis—and will continue to do so with the expected shift towards increased usage of biologics.”

Overall, the dermatology pipeline is highly innovative, owing to advancements in understanding the disease pathways of many skin disorders, the report suggests. The majority of dermatology pipeline assets are novel active pharmaceutical ingredients, with only a small proportion of products being either generics or repositioned from other indications.

According to GBI Research:

Since zinc can cause gastritis, it should always be administered after a meal and in divided doses. Individuals should not exceed 120-140mg of elemental zinc per day, Dr. Rosen noted.

Vitamin D deficiency has been a hot-button issue in dermatology. Evidence suggests that low levels of vitamin D may be associated with chronic idiopathic urticaria, Dr. Rosen observed. When provided as an adjunct to antihistamine therapy, vitamin D supplementation has been associated with better and more rapid improviement of urticaria. Individuals with vitamin D levels below 30ug/L may be candidates for supplementation. Dr. Rosen typically recommends 10,000IU daily.

Senile purpura seems to improve with ingestion of citrus bioflavonoids. These include agents such as arnica montana, ascorbic acid, hesperidin, rutoside, and eriocitrin (Table 1). There are some published reports to support use of citrus bioflavonoids for this indication, but the range of available products may make treatment recommendations a challenge. Dr. Rosen says that, given the low cost of these OTC options and the minimal risk, it may be worth recommending that interested patients try the formulation of their choosing.

Investigational therapies that block TRPV4 may help treat or prevent inflammation in patients with rosacea, according to newly published research funded by the National Rosacea Society (NRS).

In earlier research, the team led by Dr. Anna Di Nardo, Associate Professor of Medicine of the University of California-San Diego, had determined that mast cells, located at the interface between the nervous system and vascular system, were a missing link between rosacea triggers and inflammation. They found that mast cells play a direct role in the activation of certain types of cathelicidins.

Studying the process in mice, Dr. Di Nardo’s team determined that when exposed to a neuropeptide called PACAP, mast cells produce enzymes that trigger the production of cathelicidins. In mice bred to lack mast cells, however, this chain reaction did not occur.

Continuing their research, the scientists have now discovered that one of the proteins in cell membranes that facilitates communication between cells, known as transient receptor potential vanilloid 4 (TRPV4), plays a key role in activating mast cells in the skin of people with rosacea.

In the new study, the researchers first examined whether cathelicidins were involved in spurring general TRPV production. Two days after injecting cathelicidins into mice bred to exhibit human-like rosacea symptoms, they saw significant increases in the expression of both TRPV2 and TRPV4. The researchers then tested the findings in the laboratory (in vitro) in both mouse and human mast cell cultures, confirming that cathelicidin increases the expression of TRPV4 and also determining that TRPV4 regulates the inflammation caused by mast cells.

Dr. Di Nardo’s team further identified a protein receptor on mast cells known as MRGX2 as the likely pathway to TRPV4 activation by cathelicidins. By turning off MRGX2 in mast cells, they were able to prevent TRPV4 from reacting to cathelicidins, which in turn prevented the mast cells from triggering an inflammatory immune response associated with rosacea.

“Although more work needs to be done, these findings suggest that potential therapies may be developed specifically to block TRPV4 as a direct means of treating or preventing inflammation in patients with rosacea,” Dr. Di Nardo says in a news release.

The new study appears in the Journal of Investigational Dermatology.

It's a Joint Venture 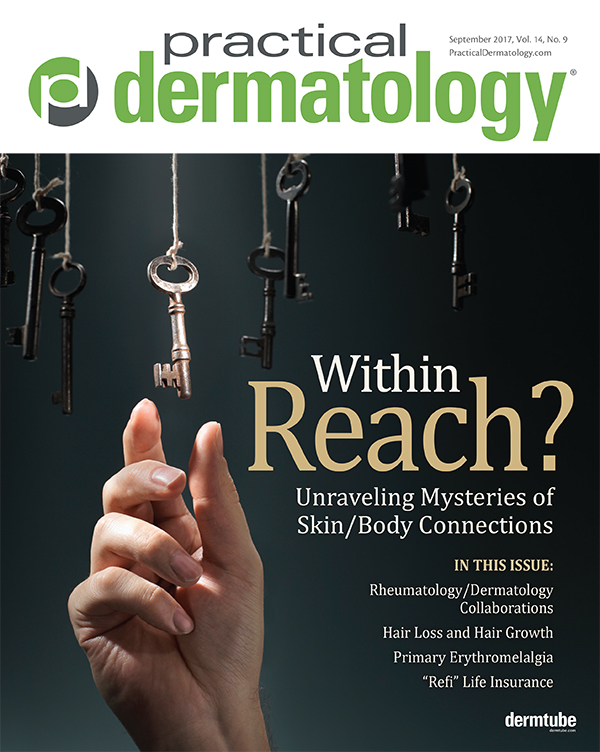