Institutional sexism and racism exist, but they should not deter women in dermatology.

2018 was the year of the woman. From record gains in political offices to the #MeToo movement to long overdue discussions regarding workplace disparities, women wanted to be heard. To be honest, I had been fortunate enough to not have experienced obvious gender-based disadvantage thus far. But as I set upon entering the business world, I quickly learned that starting my own practice meant finding my own voice.

Dr. Kanchanapoomi Levin and her team at Entière Dermatology.

As expected, the questions came. But what wasn't expected was that the questions were deeply anchored in gender-based roles. “Are you married?,” “Don't you want to be a mom?” Even well-meaning supporters were unconsciously reconciling my decisions with comments such as, “Oh, your husband is in finance? So that's why you can open your own practice.” These questions and comments came not only from non-medical professionals, but to my surprise, I was especially discouraged to hear the same degree of skepticism from my physician peers. This reservation and doubt extended when business decisions had to be made, particularly when it came to finances and operations. Questions like, “What does your husband think?” were frequent. On the rare occasion that my husband would accompany me to a meeting, the majority of conversations were directed towards him, despite my husband repeatedly stating, “Please speak to her. She is your client.” It was at this stage that I realized there are inherent biases that exist for women in business, especially for young women. 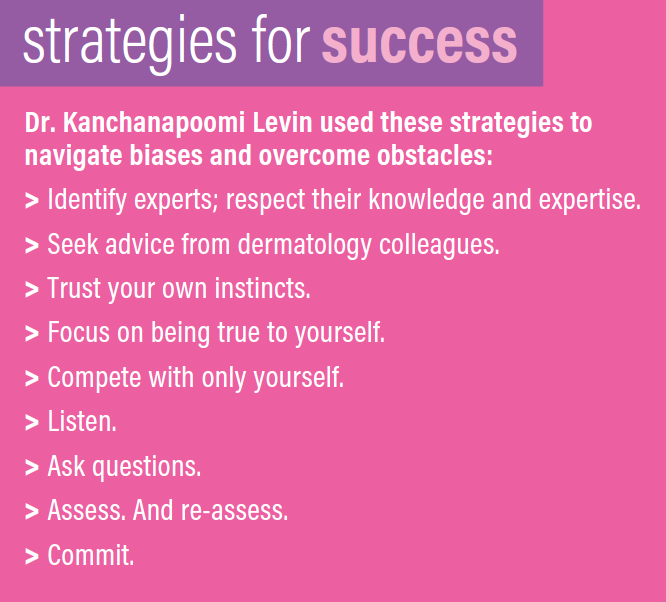 In addition to being a woman, I quickly learned that my age and ethnicity posed further obstacles. As an Asian American woman, I faced conflicting experiences perpetuated by the “model minority” myth as hard-working, successful, and submissive. My ambition and drive were perceived as “intense,” and I was called stereotypical racist names such as “dragon lady” and “future tiger mom.” At the same time, my appearance rendered me as “cute” and “Oh! So young!” reflective of the infantilization of Asian women. When I spoke to colleagues about my experiences of sexism and discrimination, I was scoffed at, since it was seemingly “impossible” that an Asian American physician faced discrimination in 2018.

In some notable measures, Asian Americans are considered the most successful US demographic with higher median incomes and higher levels of education than other racial groups. However, despite Asian Americans having a higher representation in professions such as medicine, law, and finance, there is a disproportionate lack of presence at the executive and management level. In medicine, women, let alone Asian American women, have not achieved senior leadership in research and academia compared to men, with a gaping gender disparity in pay, opportunity, publications, and seniority. 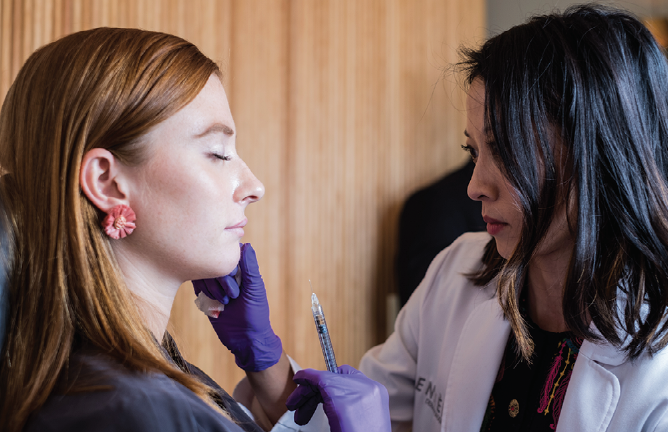 In a market like New York City, I knew how much risk I was undertaking by building a practice, not only as a solo practitioner, but also at a relatively early stage in my career. Despite starting with a substantial number of ideas about what I ultimately wanted for the practice, it was important to take it day by day and challenge by challenge. I realized one way to navigate through these institutionalized biases was through self-awareness, recognizing my strengths, weaknesses, and communication style. I surrounded myself with people smarter than me, respecting their knowledge and expertise. I sought advice from my dermatology colleagues who guided me and selflessly shared their lessons and experiences. I began to trust my own instincts and focused on building something that was true to me. I concentrated on being competitive with only myself.

I listened and asked innumerable questions in order to fully understand each step of the process—from branding, to design, to construction, to leases, to technology. Initially, I was cautious about asking too many questions as it may be perceived as signaling lack of experience. However, I learned it made me more involved and knowledgeable of the process. I frequently examined what I was doing, tried to find ways to improve it, worked to cut costs but still maintained the integrity of my vision, and never rested on an idea. The commitment to delivering the highest quality practice and pushing myself to be better kept me going. 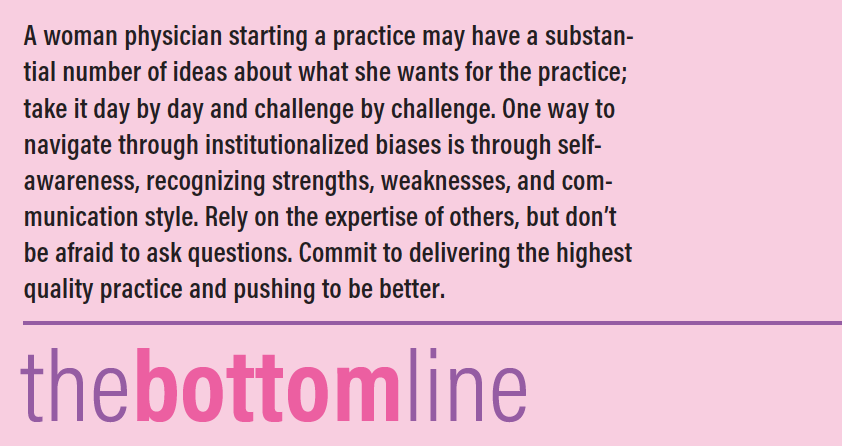 Creating a practice is challenging and demanding, especially given the presence of large corporations, private equity, and hospitals, but I believe that private practice is still a viable and sustainable option for dermatologists. Despite the challenges, being a practice owner is one of the most rewarding experiences thus far in my career. To build a business in order to create a positive impact and culture for your team, your patients, and the community, is something I am grateful for as a “dragon lady,” or a “cute Asian American woman,” or as Dr. Melissa Kanchanapoomi Levin—whatever you want to call me.

A Generational View of Women in Dermatology