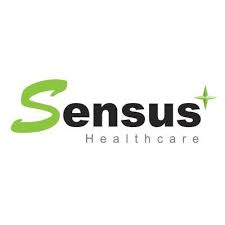 The FDA has granted market clearance for the Sculptura radiation oncology system from Sensus Healthcare, Inc. With a single treatment during surgery, Sculptura can provide cancer patients and physicians a single radiation treatment at the point of surgery.

Sculptura is a robotic Intraoperative Radiation Therapy (IORT) system that uses patented Beam Sculpting capabilities to treat various cancers during surgery. The first Sculptura system has been installed at the University of Pennsylvania's Perelman School of Medicine Department of Radiation Oncology.

"Sensus will introduce Sculptura into the marketplace to help cancer patients all over the world have a more manageable and effective radiation oncology experience," says  Joe Sardano, Sensus Healthcare CEO. "Sculptura is a paradigm-shifting technology that will not only help doctors to uniquely sculpt exact areas of the body with the radiation beam, but also result in similar or better outcomes to current radiation treatments today, with much less collateral damage."