This editorially independent program is supported with advertising from Celgene, makers of Otezla.

Lower Treatment Satisfaction Noted Among Women on Biologics for PsO

In light of findings that women with psoriasis are more likely than men to discontinue biological therapies for psoriasis, researchers attempted to identify possible differences in satisfaction with biological treatment between female and male patients.

A total of 315 patients with 396 corresponding treatment episodes were included. Of these, roughly forty percent were women. Women had significantly lower baseline PASI scores. Over one year of treatment, women had lower TSQM scores for “side-effects” and “global satisfaction,” compared with men. Researchers determined that women “reported more relevant adverse events in the context of biologic treatment compared to men.” Women had more instances of fungal and herpes simplex infections.

Stay Up to Date

Stay up to date on all things Dermatology by signing up to recieve our print publication or subscribe to our email alerts.

Check out Modern Aesthetics®, our sister publication to see the latest expert advice and innovations in aesthetics. 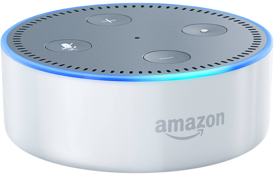 Get the latest industry news, product update, and research briefs-hands free. Every weekday, you can hear a digest of the latest news in dermatology.