A Q&A series with clinicians about their experience and broader impressions of EHRs in dermatology.

CAN YOU DESCRIBE HOW EHRS HAVE BEEN RECEIVED WITHIN THE DERMATOLOGY COMMUNITY?

I have talked to many of my colleagues and, quite simply, they are disappointed with the current crop of available systems. This is true of many EHR users as well as those who have not made the switch yet. While some EHR users I’ve spoken to have met the criteria to qualify for the government incentive dollars, the tradeoff is that many of them are seeing 30 to 40 percent fewer patients per day because operating the EHR is so cumbersome. The truth is that many people are frustrated and the reason is that, by and large, EHRs are not intuitive to the methods and rhythms of dermatologists. That’s because many systems have not been developed with dermatology in mind. A colleague of mine purchased a system several years ago, one that wasn’t built with dermatology in mind. He wanted to be on the cutting edge and felt that his system would improve the flow of his practice and increase his bottom line. Only after the fact did he realize how limiting the system was. The graphics and records system were subpar, and the navigation was especially daunting.

WHAT’S YOUR ADVICE FOR THOSE WHO HAVE NOT YET PURCHASED AN EHR, SPECIFICALLY REGARDING THE GOVERNMENT INCENTIVES?

While the Federal law mandates that physicians are operational with an EHR system by next year, no incentive or penalty is worth the frustration with which many EHRs have become associated. You may lose a bit of money, but the smart thing to do is to adjust to the new realities of “digital medicine” at your own pace, rather than the pace that’s been set by the government. If a physician does not feel comfortable transitioning a paper-based practice to EHR, then s/he shouldn’t rush to do so.

Having said that, EHRs are the wave of the future and it is important for physicians to keep in-tune with the EHR landscape and stay abreast of the latest developments. Just because what we started with is not ideal does not mean that better and more efficient EHR systems are not possible. In fact, at least one system has emerged that was designed specifically for dermatologists and appears very promising.

IS THERE ANYTHING CURRENT OR ON THE HORIZON THAT MAY IMPROVE THE OUTLOOK OF EHRS IN DERMATOLOGY?

One system that holds a great deal of promise that I’ve been fortunate enough to test use in my own practice is EZDERM. Of all the systems I have seen in action, EZDERM has a unique look and feel, as well as a more accessible and efficient template. Perhaps the reason it is so intuitive is that it was written and designed by a dermatologist. For example, if you were to describe what a lesion looks like, EZDERM can identify a condition and treatment system with accuracy. It’s as if the system has a textbook built-in, which makes the diagnosis and treatment of any number of dermatological conditions relatively easy. Another example of how EZDERM is built for dermatologists is that its lists and tables tend to flow right into a note rather than requiring the operator to scroll through several different screens. These details may sound minor, but they make a major difference in the real-time practice of dermatology.

CAN YOU DISCUSS OTHER DISTINGUISHING FEATURES OF EZDERM?

One feature that is particularly impressive is the voice activation. You can do an entire note by voice recognition. The system follows along and notates your voice commands with incredible precision. Aside from the voice activation feature, though, the usability of EZDERM is especially notable. The graphics are not only incredible, but are designed and presented in a simple way that allows the clinician to manipulate the visual concept for whatever use the situation calls for. Another benefit of EZDERM is that it works on a cloud-based server, which means that you never have to get upgrades or buy new software. With all of these features, running EZDERM in my practice has been a bit like having an iPhone for dermatology, in that it can make all aspects of a patient visit simpler and more convenient. Recently, EZDERM won two Nuance awards for 2013: Nuance Technology Award and The Most Inspiring Use of Technology Award, among 750 partners that use Nuance Speech Recognition in healthcare.

IN LIGHT OF YOUR POSITIVE EXPERIENCE WITH YOUR CURRENT EHR, DO YOU HAVE A TAKE-HOME MESSAGE FOR YOUR COLLEAGUES ABOUT PURCHASING AND IMPLEMENTING AN EHR, AS WELL AS ANY THOUGHTS ON THE FUTURE OF EHRS IN DERMATOLOGY?

Rather than jumping into EHRs for the incentives, it’s more important to have a system you and your staff can count on. Any system requires an adjustment period, but there is a difference between adjusting to the flow of a new system and putting up with ongoing frustration and compromising your practice style for the sake of incentive dollars. The purchase of an EHR is something that you’ll only want to do once. A lot of physicians who have bought EHRs that they aren’t happy with have opted to stick with them, if only to avoid the investment and the hassle of implementing a new system. That is why comfort and usability are the most important factors in the purchase of an EHR system, rather than $44,000 from the government, which is not likely to change an office. While many dermatologists have been wary of stepping into the EHR waters, systems like EZDERM suggest that EHRs may indeed have a home in dermatology, and time will tell how it will influence our community to invest further in EHRs. It is a simple but complete system that can be very beneficial for dermatologists.

Martin N. Zaiac, MD is Chairman of the Department of Dermatology at the Herbert Wertheim College of Medicine at Florida International University. He is also Director of the Greater Miami Skin and Laser Center.

A New Focus on Inflammation

Membership Has Its Privileges: RealSelf Rolls Out RealSelf Insider Program 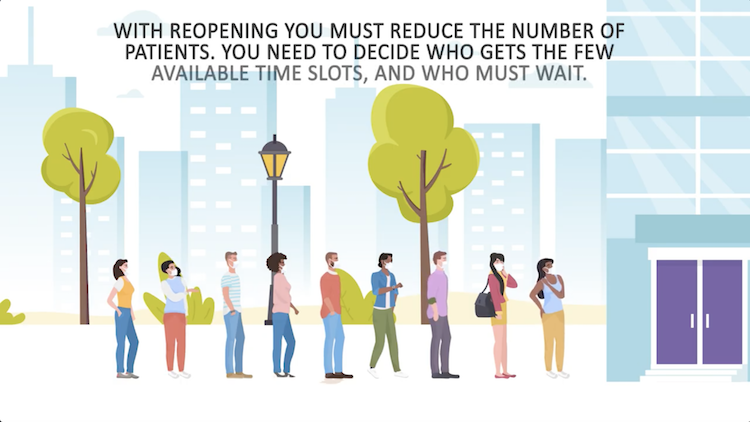