Viagra and Aggressive Melanoma: Is There a Link?

New findings offer insight into the possible effects of the popular prescription on melanoma growth.

Among the top 20 most popular prescription drugs in the US, the erectile dysfunction drug sildenafil (Viagra, Pfizer) may stimulate growth of skin cancers by modulating cyclic guanosine monophosphate (cGMP), new research suggests. The findings shed light on previous studies linking the drug to an increased risk for melanoma.

A Molecular Model for Tumor Growth

Sildenafil is a PDE5 inhibitor. Researchers from the University of Tübingen in Germany conducted studies on the possible effects of PDE5 on melanoma cell growth in vitro using human cell cultures and in vivo using murine models.1 They first sought to identify the cGMP-generating mechanism(s) in B16 melanoma cells, demonstrating that in vitro they express functional cGKI as well as its substrates VASP and PDE5. Their findings suggest that the cGMP-cGKI pathway might be more prominent than the cAMP-cAK pathway in these cells.

In a statement describing the findings, lead researcher Robert Feil noted that, “PDE5 is like a brake on cGMP…Taking sildenafil basically disables this brake.” As a result, melanomas in individuals taking sildenafil may grow more aggressively. Dr. Feil stressed that even given these latest findings, there is no reason for men to refrain from occasionally taking PDE5 inhibitors to treat erectile dysfunction.

Previous research has suggested a link between sildenafil use and risk for melanoma, though the nature of the association was unclear. One analysis involved 25,848 men, none of whom had a diagnosis of cancer at baseline.2 Erectile dysfunction was not shown to be associated with melanoma risk, and use of sildenafil was not associated with increased risk for squamous or basal cell carcinomas (SCC or BCC). However, recent sildenafil use at baseline was significantly associated with an increased risk of subsequent melanoma with a multivariate-adjusted hazard ratio (HR) of 1.84.

A nationwide, population-based, nested case-control study of enrollees in the Swedish Prescribed Drug Register, the Swedish Melanoma Register, and other healthcare registers and demographic databases in Sweden, found an increased risk of melanoma in men taking PDE5 inhibitors.3 Of note, the most pronounced increase in risk was observed in men who had filled a single prescription, while risk was not significant among men who had filled multiple prescriptions.

The association between sildenafil use and melanoma risk remains unproven. Epidemiological findings show that an association exists, but it is hard to control for other contributing factors. For example, the Swedish study found that men taking PDE5 inhibitors had a higher educational level and annual income. These are factors independently associated with melanoma risk in previous studies.

One puzzling finding is the only slightly higher melanoma risk in men who filled multiple sildenafil prescriptions relative to the more increased risk among those who had filled one.

The new research on the cGMP pathway and the inhibitive effects of PDE5 offers a reasonable explanation for understanding how sildenafil may contribute to the development of more aggressive melanomas. It is not shown at this time that sildenafil incites melanomagenesis.

Taken together, these findings do not indicate that men should be advised to avoid sildenafil, even if they have a history of melanoma. However, men taking the drug should be counseled to regularly perform skin exams and to seek immediate evaluation and treatment of any suspicious lesions.

Further research is needed to evaluate the role sildenafil plays in modulating the cGMP pathway and to determine the implications of such modulation in vivo in humans. n 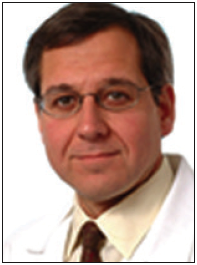 Do Lasers Work for Acne? 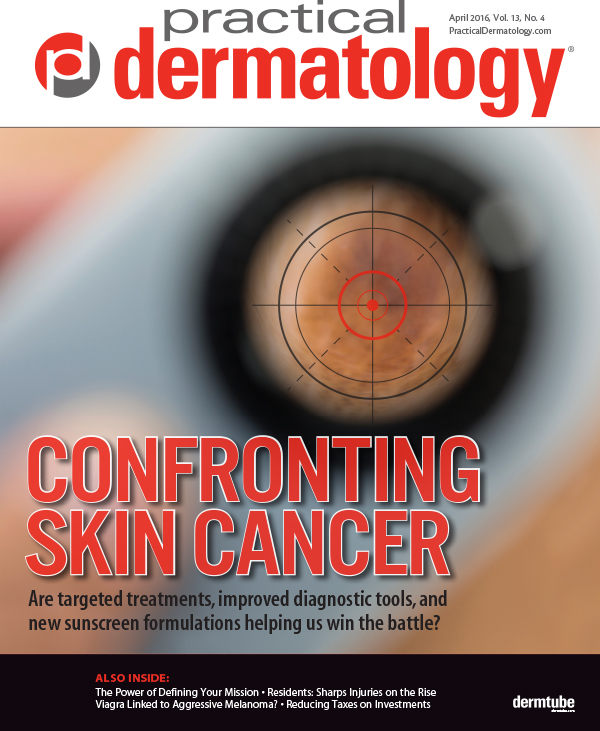