Given that number of nevi, family history of melanoma, and a history of multiple primary melanomas (personal history) are among the strongest risk factors for developing a first or subsequent melanoma, Australian researchers recently sought to better characterize individuals at risk for melanoma, via the Melanoma Patterns of Care study.1 Their population based, observational study involved subjects from New South Wales who were diagnosed with a new (but not necessarily first) histopathologically confirmed primary in situ, invasive cutaneous, or unknown primary site melanoma. Findings, published in JAMA Dermatology, offer some fresh perspectives for patient care and shed light on melanoma pathways.

Researchers collected data on 2,758 individuals who were diagnosed with melanoma. Of these, incomplete data were collected for 31 subjects, 1,052 subjects were classified as higher risk, and 1,675 were defined as lower risk. Higher risk patients were classified based on having one or more of the following:

• Family history of melanoma in a blood relative

The most common risk factor for melanoma identified—affecting 36 percent of high risk subjects—was having many nevi.

Compared to their lower-risk peers, higher-risk patients tended to have more superficial spreading melanomas (49 perent versus 45 percent), fewer lentigo maligna melanomas (12 percent versus 15 percent), and a lower proportion of melanomas larger than 1mm thick (29 percent versus 32 percent). Thicker melanomas are known to be associated with worse prognosis, which was not assessed in this study.

Risk did not seem to vary based on sex, as there were similar proportions of men and women in the higher-risk and lower-risk groups. However, anatomic distribution of melanoma varied by sex. Males in both risk groups were more likely to have melanomas on the head, trunk, and neck than on the upper or lower limbs. Higher risk patients of either sex were more likely to have melanoma of the trunk (37 percent vs 34 percent) and limbs (46 percent vs 43 percent), rather than the head and neck.

As the authors of the JAMA Dermatology study point out, these findings support the notion that there may be divergent pathways for melanoma development. It seems increasingly likely that genetically mediated melanomas may appear in relatively younger individuals and on less-sun-exposed skin, while UV-mediated melanomas appear in older patients on more chronically exposed skin.

For clinicians, recent findings coupled with accumulated evidence support the need to question all patients presentiting to our practices about a personal and/or family history of melanoma. Those individuals with a positive personal or family history of the disease obviously require more aggressive surveillance and perhaps at younger ages than their peers with no such history.

Additionally, full body skin self-checks by the individual patient, as well as via regular skin exams by dermatologists remain important. Concentrating only on sun-exposed skin may miss melanomas on the trunk or other less-exposed areas.

As discussed in this column earlier this year (July 2016, online at PracticalDermatology.com), the association of many nevi and melanoma risk is complex. The current analysis confirms that the presence of many nevi is a significant risk factor for melanoma development. Presence of many nevi has actually been associated with good prognosis (perhaps good surveillance leads to earlier diagnosis and treatment), while a high ratio of atypical to overall nevi counts is associated with increased risk for thick melanomas. Those with many nevi clearly require education on self-screening and should be monitored vigilantly for melanoma development. n 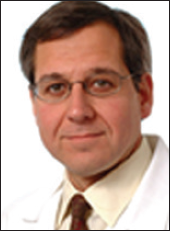 A History of Phlebology: Warts and All, Part 3

Reflecting on 2016: Big Stories in Acne, Psoriasis and AD 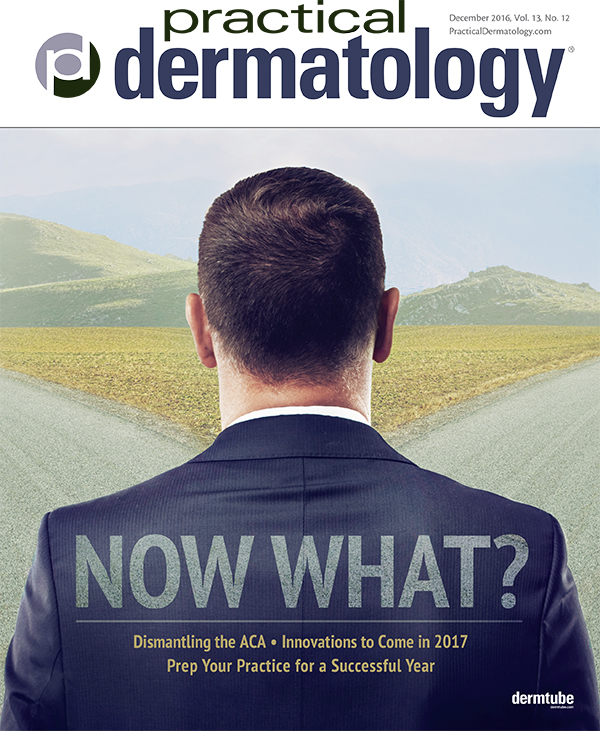