Nearly 70 percent of consumers now say they are thinking about getting a cosmetic treatment, according to the American Society for Dermatologic Surgery (ASDS).

The ASDS Consumer Survey on Cosmetic Dermatologic Procedures indicates the percentage of consumers considering a cosmetic medical procedure has doubled since 2013.

Wanting “to feel more confident” is the top reason individuals are interested in cosmetic surgeries, followed by wanting to “look as young as I feel or better for my age” and to “feel more attractive.” The top four treatments and the percentage of consumers considering them include: body sculpting (58 percent); ultrasound, laser, light and radiofrequency treatments for smoothing wrinkles or tightening skin (57 percent); microdermabrasion (53 percent); and laser hair removal (47 percent).

Data from the annual ASDS survey reflects overall consumer views on cosmetic medical treatments and ratings for 10 specific procedures. For the fifth year in a row, dermatologists ranked as number one of 14 factors influencing the decision to have a cosmetic procedure. Consumers also rated dermatologists as the physician of choice in eight of the 10 treatment categories.

Of the 11 factors influencing the selection of a practitioner, consumers consistently rated highly the choices involving physician expertise. The specialty in which the physician is board-certified, referral from a physician, and the level of the physician’s licensure are ranked as three of the four top factors.

The survey also asked consumers what bothers them about their appearance. Ranking first for the fourth year in a row is excess fat on any part of the body at 85 percent. More than 70 percent are bothered by lines and wrinkles around the eyes, excess fat under the chin/neck and skin, and skin texture and/or discoloration. More than 60 percent are bothered by wrinkles near the cheeks and mouth, sagging facial skin, lines, and wrinkles between the eyebrows, forehead, and neck/check.

Data were obtained through a blind online survey conducted from April 14 to May 1, 2017 through the web-based Survata service. The survey received 7,322 responses.

According to a new Neutrogena Survey conducted online by Harris Poll, more than four in five parents of children under 18 years old say their children do not wear sunscreen on a daily basis—despite more than nine in 10 Americans believing sunscreen is important for protecting a child’s health.

And nearly one quarter of those parents (22 percent) don’t know that a few painful sunburns during childhood can double a person’s odds of getting skin cancer later in life.

Fewer than 20 percent of moms of children under 18 years old (18 percent) say they apply sunscreen to themselves on a daily basis.

Neutrogena launched the MimicMommy MOVEment, to rally moms to help change skin cancer statistics and raise the first generation of sun-safe children. Neutrogena teamed up with YouTube stars the Holderness Family to encourage all to get up and DANCE their way to sun protected skin. To help support this important cause, Neutrogena will donate $10K to the Children’s Melanoma Prevention Foundation.

Aclaris Initiates Phase 2b Trials of A-101 for Common Warts

Aclaris Therapeutics, Inc. has initiated two Phase 2 clinical trials to evaluate A-101 45% topical solution (A-101 45%) for the treatment of common warts (verruca vulgaris).

The Phase 2b studies will evaluate the safety, tolerability, and dose-frequency of A-101 45% compared with vehicle. Approximately 240 patients will be randomized in the two double-blinded trials, which are being conducted at 30 investigational centers within the US.

The FDA has cleared the Scibase Nevisense device for the early detection of malignant melanoma. The device is intended for use on cutaneous lesions with one or more clinical or historical characteristics of melanoma, when a dermatologist chooses to obtain additional information when considering a biopsy.

“The approval is a massive achievement and the result of eight years of hard work. The US Pre-Market Approval process is globally the most demanding regulatory process there is. As part of the Nevisense approval process SciBase were asked to perform the largest clinical trial of its kind ever performed within melanoma detection. The FDA also spent nearly a year reviewing SciBase’s operations and processes. The approval is thereby a validation of us as a company as well as of our product Nevisense. Most employees in the company have been working directly or indirectly on the Approval for many years, and this really is a remarkable and nearly unique achievement given the size of our company,” says Simon Grant, CEO of SciBase.

Wontech’s PicoCare has received CE MDD of Europe and KFDA of Korea MFDS (Ministry of Food and Drug Safety) as well.

In addition to PicoCare, other Wontech products with FDA clearance include Pastelle, a Q-switched Nd:YAG laser, and Cosjet SR, a long pulsed Nd:YAG laser.

The FDA has approved Melinta Therapeutics’ Baxdela (delafloxacin) for adults for the treatment of acute bacterial skin and skin structure infections (ABSSSI) caused by susceptible bacteria. Baxdela is a fluoroquinolone that exhibits activity against both gram-positive and gram-negative pathogens, including MRSA (methicillin-resistant Staphylococcus aureus), and is available in both intravenous (IV) and oral formulations.

The Baxdela New Drug Application (NDA) approvals were supported by two Phase 3 studies in patients with ABSSSI, demonstrating that IV and oral Baxdela monotherapy was statistically non-inferior to the combination of vancomycin plus aztreonam at the FDA primary endpoint of early clinical response at 48-72 hours. Baxdela was well tolerated with a 0.9% discontinuation rate in the Phase 3 studies due to adverse events. In addition, Baxdela has not shown any potential for QT prolongation or phototoxicity in definitive clinical studies. There have been no signals of adverse effects on liver function, kidney function, or glucose regulation in controlled clinical studies. The 450mg tablet is bioequivalent (area under the curve) to, and interchangeable with the 300mg IV dose, and can be dosed without regard to food. There are no anticipated drug-drug interactions with delafloxacin other than co-administration with chelating agents, such as antacids.

Cynosure’s SculpSure Cleared for Back, Inner and Outer Thighs

The FDA granted an expanded clearance for Cynosure’s SculpSure to treat the back and inner and outer thighs. The SculpSure treatment is already FDA-cleared for treatment of the abdomen and love handles.

Developed by Cynosure, a division of Hologic, SculpSure utilizes a selective wavelength laser that precisely targets fat cells under the skin. The laser raises the temperature of body fat to disrupt and destroy these cells, which are naturally eliminated over time and do not return. Patients are able to achieve desired results—without downtime or surgery— through customized treatment plans, each lasting only 25 minutes.

Array BioPharma submitted two New Drug Applications (NDAs) to FDA for the use of the combination of binimetinib 45mg twice daily and encorafenib 450mg once daily (COMBO450) for the treatment of patients with BRAF-mutant advanced, unresectable or metastatic melanoma.

The NDA submissions are based on data from the pivotal Phase 3 COLUMBUS study, which showed that patients who received binimetinib and encorafenib had a significantly longer progression free survival (PFS) compared to patients receiving vemurafenib.

Color Coded: Recruiting a Winning Team Based on Personality 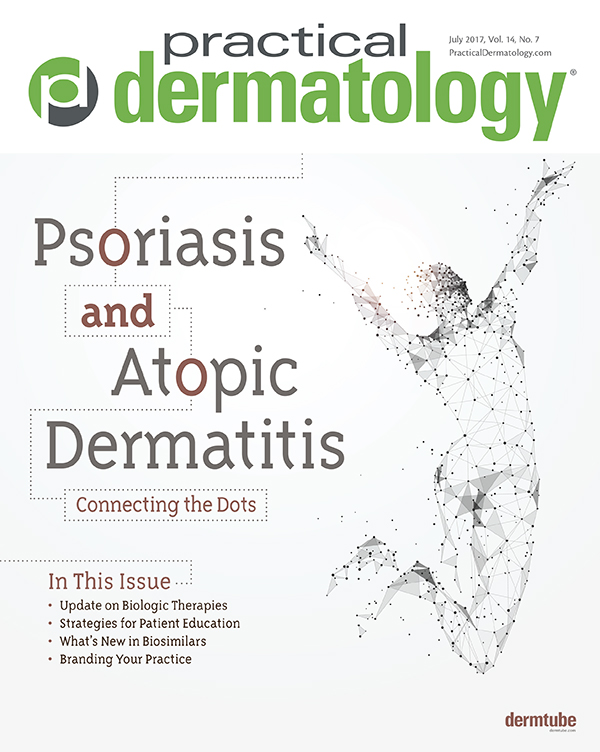 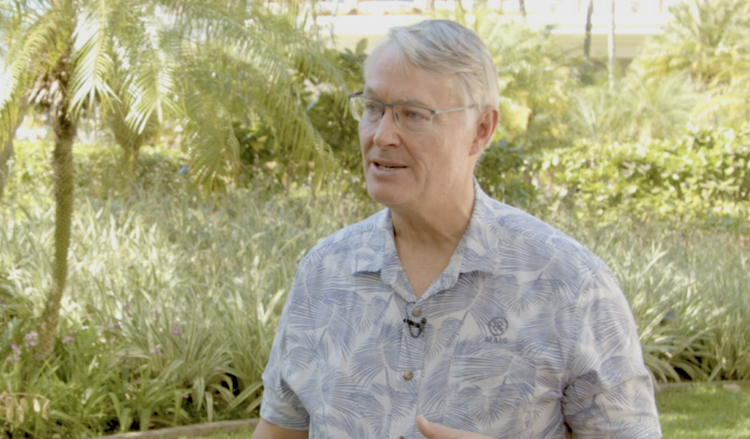