A new strategic development and commercialization collaboration between LEO Pharma and PellePharm is intended to address unmet medical needs across various skin diseases with no approved treatments, the parties say. The collaborators seek to advance innovation and access to potential therapies for patients with life-altering conditions, such as Gorlin Syndrome and High Frequency Basal Cell Carcinoma (BCC), two distinct and rare forms of skin cancer. 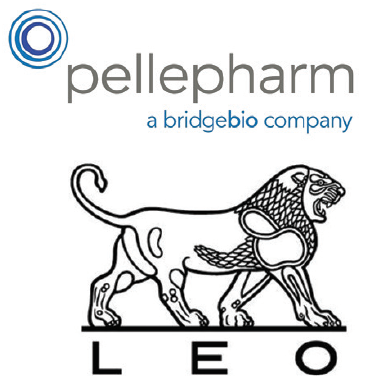 Under terms of the agreement, LEO Pharma has initially committed $70 million, comprised of equity financing and financial R&D support to fund the global Phase 3 trial for patidegib topical gel 2% for the prevention and treatment of Gorlin Syndrome, with LEO Pharma securing an option to acquire all shares in PellePharm. PellePharm and its stockholders could receive up to an additional $690 million including merger consideration, and regulatory and commercial milestone payments. In addition, PellePharm stockholders are eligible to receive a double-digit royalty after achieving certain commercial milestones.

The agreement establishes a joint development committee with PellePharm maintaining responsibility for global development and LEO Pharma supporting in an advising role. Both companies will jointly drive commercialization planning, and Anders Kronborg, chief financial officer of LEO Pharma, will join PellePharm’s board of directors.

“We are very excited about the partnership with PellePharm, who are pioneers in Gorlin Syndrome and experts in rare skin diseases. Supporting our ambitious 2025 strategy, it marks LEO Pharma’s entrance in rare skin diseases and it offers a unique opportunity to bring the first treatment forward to people suffering from a very severe skin disease for which there currently are no approved therapies,” said Thorsten Thormann, vice president of research at LEO Pharma.

“Our company is founded on the commitment to targeting rare dermatologic diseases at the source and bringing new groundbreaking treatments forward to patients as efficiently and effectively as possible. As a global leader in medical dermatology, LEO Pharma is a great fit as both a development and commercialization partner. This collaboration puts us on track to commence our pivotal Phase 3 Gorlin Syndrome trial in early 2019. Then after the potential merger, we look forward to working with LEO Pharma to address other rare skin diseases with unmet needs,” said Sanuj Ravindran, president and chief executive officer of PellePharm.

PellePharm’s 2% topical formulation of patidegib aims to be the first approved therapy for the prevention of Gorlin Syndrome, also known as Basal Cell Carcinoma Nevus Syndrome (BCCNS), and has shown early promise in Phase 2 clinical trials treating patients with Gorlin Syndrome and Sporadic BCC in both the US and the UK.

Currently, there are no FDA-approved therapies for Gorlin Syndrome, and the standard of care for this rare disease is surgery. Patients with this lifelong, severe disease can have as many as 30 surgeries per year beginning in their mid-teens.

By stirring crosstalk among skin cells that form the roots of hair, researchers have regrown hair strands on damaged skin.

The findings, appearing in the November issue of Nature Communications, better explain why hair does not normally grow on wounded skin and may help in the search for better drugs to restore hair growth, say the study’s authors.

The study examined the effect of distinct signaling pathways in damaged skin of laboratory mice. Experiments focused on fibroblasts. As part of their investigation, researchers activated the sonic hedgehog signaling pathway used by cells to communicate with each other. The pathway is known to be very active during the early stages of human growth in the womb, when hair follicles are formed, but is otherwise stalled in wounded skin in healthy adults. Researchers say this may explain why hair follicles fail to grow in skin replaced after injury or surgery.

“Our results show that stimulating fibroblasts through the sonic hedgehog pathway can trigger hair growth not previously seen in wound healing,” says study senior investigator and cell biologist Mayumi Ito, PhD, an associate professor in the Ronald O. Perelman Department of Dermatology at NYU Langone Health, in a news release.

Regrowing hair on damaged skin is an unmet need in medicine, Dr. Ito says, because of the disfigurement suffered by thousands from trauma, burns, and other injuries. However, her more immediate goal is to signal mature skin to revert back to its embryonic state so that it can grow new hair follicles, not just on wounded skin, but also on people who have gone bald from aging.

Dr. Ito says scientists have until now assumed that, as part of the healing process, scarring and collagen buildup in damaged skin were behind its inability to regrow hair. “Now we know that it’s a signaling issue in cells that are very active as we develop in the womb, but less so in mature skin cells as we age,” she adds.

To bypass the risk of tumors reported in other experiments that turned on the sonic hedgehog pathway, the NYU Langone team turned on only fibroblasts located just beneath the skin’s surface where hair follicle roots (dermal papillae) first appear. Researchers also zeroed in on fibroblasts because the cells are known to help direct some of the biological processes involved in healing. 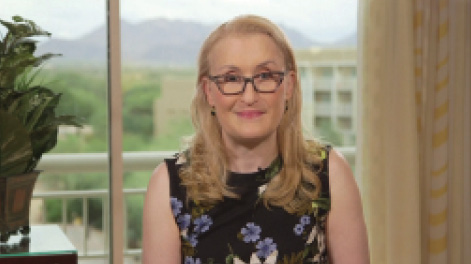 Be You: The Key to Practice Success

“When have I made my best decisions? When they fit me,” says New York dermatologist Heidi A. Waldorf, MD. “ Over the years, I gave up Mohs surgery, I gave up general derm, I focused completely both clinically and academically on cosmetic dermatology…These were all decisions that were scary, but they fit me. And now I go to work calmer and happier, and I’m more satisfied with my work and there’s a great trickle down to my staff, my patients, and my friends because if you’re happy, the people around you are happier.” Watch Dr. Waldorf’s latest episode of Heideas for more on how to make the best decisions for you and your practice at our sister site ModernAesthetics.tv.

Hair regrowth was observed within four weeks after skin wounding in all treated mice, with hair root and shaft structures starting to appear after nine weeks.

Dr. Ito says her team plans further investigations into how chemical and genetic stimulants of fibroblasts might activate the sonic hedgehog pathway in wounded human skin. Her goal is to identify likely drug targets for hair regrowth.

Allergy shots provided significant benefits to the eczema symptoms of a 48-year-old man, according to a challenging case presented at the American College of Allergy, Asthma and Immunology Annual Scientific Meeting in Seattle.

“The man had suffered with severe eczema since childhood,” says Lewisville, TX-based allergist Anil Nanda, MD, the lead author of the paper. “He had tried many previous therapies for years including mild and high strength topical corticosteroid cream, as well as other topical anti-inflammatory creams and topical moisturizer creams. Biologic therapy has been available to treat eczema for about a year and a half but was not yet a treatment option at the time we saw this man. We thought allergy shots might be beneficial because he also had multiple allergies.”

Researchers conducted skin testing and found the man was allergic to dust mites, weeds, trees, grasses, mold, cats and dogs. “Because his allergies could all be treated with allergy shots, we thought treating his allergies might also benefit his eczema. After one year, he reported significant benefit to his symptoms, which was great news. And once he reached a maintenance dose of allergy shots, he no longer needed high dose steroid therapy for his eczema,” adds study co-author Anita Wasan, MD, an allergist in Mc Lean, VA.

Dealing with the Crazy Cost Curve in Dermatologic Drugs