Pre-treatment with anti-PD1 agents may improve outcomes for some patients and provide prognostic clues.

PD1 inhibitors have shown some benefit in the management of advanced melanoma, and it is considered standard of care to offer treatment to patients following the resection of advanced melanomas. However, not all tumor types respond to therapy, nor are patients all at the same risk for recurrence.

Presenting at the American Association for Cancer Research Annual Meeting, (Presentation #CT181), a team of researchers has suggested a strategy to optimize use of the agents.

Researchers from the University of Pennsylvania’s Perelman School of Medicine had previously shown that effects of anti-PD1 therapy can be detected in the blood three weeks after treatment initiation. They hypothesized that it might also be possible to detect anti-PD1 effects in resected tissue. Rather than withhold treatment until after melanoma resection, as is commonly done, researchers administered a single dose of anti-PD-1 drugs to a series of 27 patients with stage 3 or 4 resectable melanoma before surgery. They looked for anti-tumor activity in the resected tumor three weeks later.

Eight of the 27 (30 percent) patients had a complete or near-complete response after the single dose was detected at the time of surgery, and all of these patients remain cancer free. More than 50 percent of the remaining patients had recurrence of their disease at one year.

Researchers also analyzed tumor tissue from pre-treatment biopsies and compared it the resected tissue. They found an increase in CD8 T cells and PD-L1 expression. They say these findings indicate the immune system had already become active against the cancer at the time of surgery.

The team encourages future study, suggesting that if the results can be duplicated they may influence future approaches to treatment. Additionally, they hope findings can better elucidate the mechanisms of drug activity and tumor resistance.

Clinical dermatologists welcome advancements that may increase survival in individuals with advanced melanoma. As the first line in the diagnosis and staging of tumors, dermatologists play a critical role in directing patients to care and are often integral to the process of educating patients and monitoring them in the long-term.

The critical importance of proper staging—and as a consequence proper referral and management—cannot be overstated. AJCC staging remains the validated standard, and sentinel lymph node biopsy is informative when indicated. Other tools are emerging to provide additional information and support decision-making. These include gene expression profiling, as addressed recently in this column. 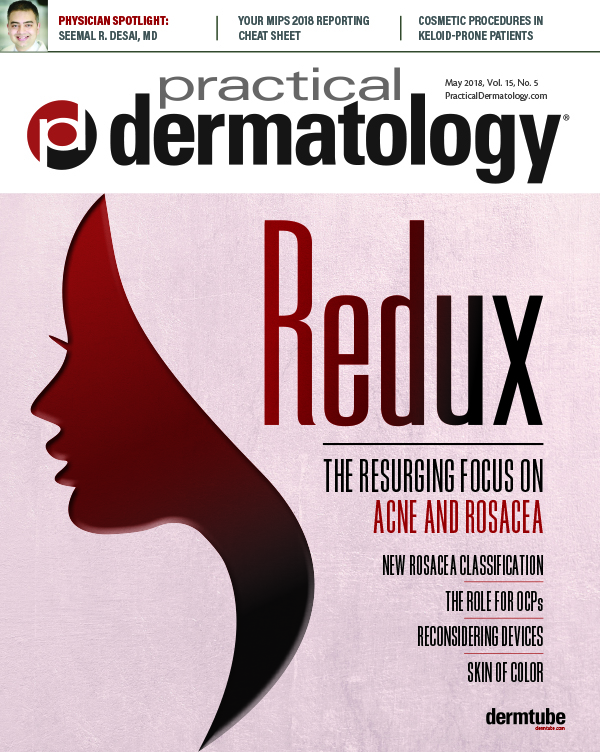