You Don’t Have Male

Male cosmetic patients are hard to come by. Here’s why!

Despite catchy headlines and viral news stories, there really hasn’t been a significant change in the number of men seeking cosmetic treatments since I started practice 18 years ago.

So why the continuous talk and bombardment from media and industry about a rapidly growing male market? For a wealthy aesthetic industry consumed primarily with one gender, there is an untapped other half of the market to develop. As a small business owner, I have to question if it is prudent to devote precious resources, attention, and time to pursuing a male market of patients that is 10 times smaller and growing at half the rate as the female market. And if I decide to pursue the niche, is my office ready for the modern metrosexual male?

Consider that our waiting room is decorated with fresh flowers, skincare promotions, cushy couches, lighter colors, and almost always occupied by a stylish woman (or two) accompanied by a designer bag with recently purchased boutique clothing. Our guests are greeted by a young female host serving berry-infused water and offering the latest in tinted moisturizers. Most likely such an environment would be uncomfortable, if not intimidating, to a male patient.

I am generalizing, but I believe there is a difference between men and women. There is no doubt that appealing to primitive visceral instincts in both men and women is a successful strategic tactic to altering behavior or stimulating action, and as a student of human behavior, it is my educated impression that men and women have different motivations for seeking cosmetic treatments.

From an evolutionary perspective, a male with a strong brow, chin, and cheek is at a selective advantage to bringing home a meal. Such a well-shielded hunter would appreciate the eye and neck protection their facial skeleton would provide when fighting off a foe or beast. And the primitive decoders in the human amygdala subliminally identify these physical features as attractive. It is not random that all heroes from Superman and Batman to Brad Pitt and Dwayne “The Rock” Johnson project a dominant facial skeleton. Men not blessed with a strong aquiline jaw or chin can temporarily compensate with facial hair or a goatee or more permanently remedy with facial fillers/implants. The overwhelming evidence points to them doing it for good reason. Male cadets at West Point with dominant facial features achieve higher military rank in their senior year and in their profession.1 Profits of the top 25 and bottom 25 companies on the Forbes 1000 correlate with the facial appearances of their CEOs.2 And better-looking attorneys are likely to make more money.3 The man looking for a competitive edge at the workplace may be open to undergoing a chin, cheek, or jawline augmentation if he knew it contributed to an improvement in his employment status. However, at the extreme, too prominent a brow, chin, or jaw creates a Frankenstein-like appearance, striking fear and negatively impacting response. Men born with these features may benefit from softening their fear-provoking physical traits.

Facial symmetry, evolutionarily speaking, is an outward sign of health and an important denominator of the attractiveness calculus for both genders. Males with symmetrical facial features might be treated to more sexual encounters with multiple women.4-6 The fleshy benefits of symmetry may help to explain the motivation of young, recently divorced or single male patients seeking aesthetic services.

A recent study showed that men who choose facial plastic surgery are seen as more attractive, likable, socially skilled, and trustworthy. In essence, they benefit from facial cosmetic surgery in much the same way as women do, according to this report.

In this study, 24 men underwent facial cosmetic surgery. The men had one or more of the following surgeries: upper blepharoplasty, lower blepharoplasty, face-lift, brow-lift, neck-lift, rhinoplasty, and/or a chin implant.

These men agreed to the use of their before and after photographs for research purposes. Six surveys were designed, each of which included eight photographs (four before surgery, four after surgery. No survey contained both of a single individual). More than 150 participants reviewed the photos and were asked to rate their perception of each patient’s personality traits (aggressiveness, extroversion, likeability, risk-seeking, sociability, trustworthiness), attractiveness, and masculinity. The research team built a complex multivariate linear mixed model to be able to assess participants’ reaction to a specific surgical procedure—rhinoplasty, for example—while controlling for changes from additional procedures done on other areas of the face. Men who had an upper blepharoplasty or facelift were seen as more likeable and trustworthy, and those who had rhinoplasty were seen as more attractive, the study showed. Of note, only neck lifts enhanced masculinity.7

GET MORE FROM DR. DAYAN 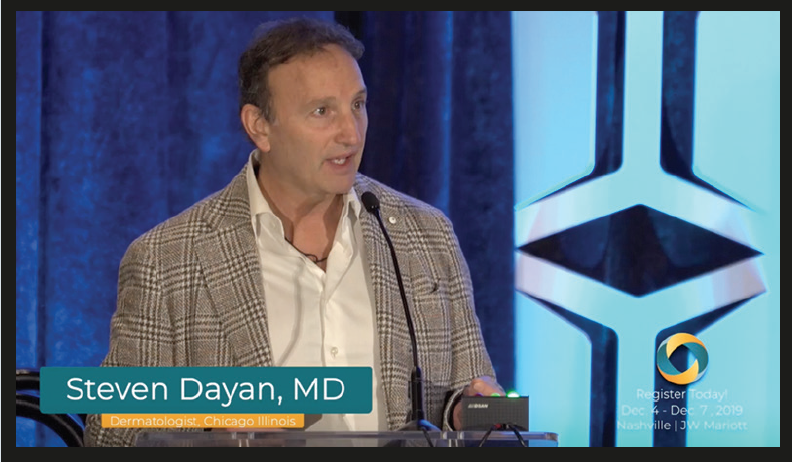 Patients increasingly want to look “natural” after aesthetic interventions. What does that mean? And how can you deliver? Watch as Dr. Dayan explains.

Of course, not all males are the same, but generalizations are component to developing markets and to appealing to the majority of those seeking a product or service. And if we treat men and women the same, appeal to them with the same advertisement, assume that they are interested in the same things, and use the same techniques and products on them, it shouldn’t come as any surprise that many men leave aesthetic offices appearing feminized (a la Kenny Rogers). This likely turns off many men and contributes to the stagnant relative growth in the male market.

Men who seek out cosmetic surgery, in my opinion, do it for three reasons: 1). Increasing attractiveness for mate selection, 2.) tempering aggressively characterized facial features, and 3.) maintaining a youthful appearance to compete in the work place. As a few colleagues who have successfully built a male-dominated practice have told me, their offices look more like a barbershop than a beauty salon.

To cultivate a male market, it will take more than just a few brochures in the front office and a beautifully produced marketing campaign from an industry partner to fully engage male patients.

Steve Dayan, MD, is a facial plastic surgeon practicing in Chicago, IL and a New York Times best-selling author. He is Co-Chief Medical Editor for Modern Aesthetics® magazine. This article originally appeared in that publication.

Women in Dermatology With Marina I. Peredo, MD

Evolus Loses Round 1 in Trade Battle with AbbVie's Allergan