What do we know about the effects of these commonly used and important molecules?

In 2018, Hawaii passed state legislation that will restrict the use of personal care products containing oxybenzone and octinoxate, an action that was prompted by the evidence-based correlation between the above-mentioned chemical sunscreen ingredients and coral reef harm. The global net worth of the sunscreen market is projected to reach $24 billion by 2024.1 A myriad of sunscreen options are available with variance in effectiveness, duration of protection, convenience of application, cosmetic elegance, and environmental impact. It is imperative for dermatologists to fully understand key features of sunscreens, including new literature on safety and environmental impact, in order to properly counsel patients in need of sun protection. Our aim is to highlight the evidence of recent literature exploring potential adverse effects of both chemical and physical sunscreens on human health and the environment.

Literature in recent years has addressed concerns regarding the safety profile of chemical sunscreens on both human health and marine ecosystems. Although some studies suggest that unnecessary exposure to the toxicity of active ingredients in sunscreens may counteract the benefits of sunscreens, the majority agrees that further research is required to determine risks to consumers. Literature demonstrating detrimental effects of oxybenzone and octinoxate on coral reefs has prompted legislative change in Hawaii. 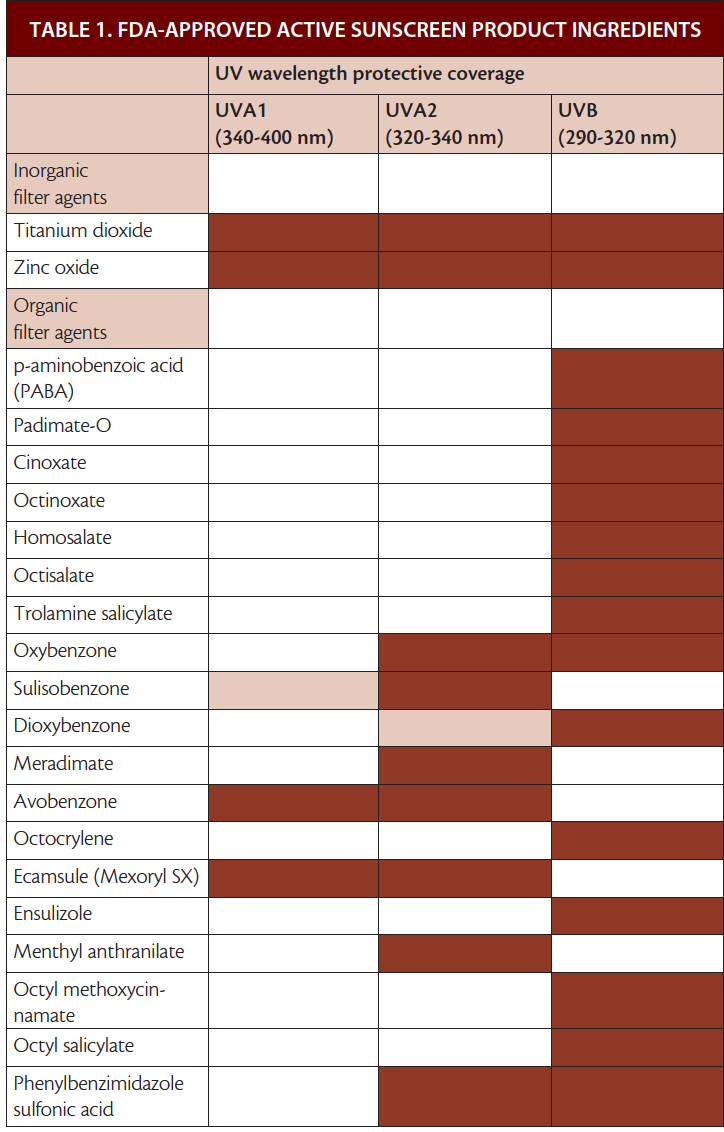 Ultraviolet radiation (UVR), which makes up 6.8 percent of total solar radiation, is a known cutaneous carcinogen, particularly in Caucasians, and was cited as a contributing factor in 65–90 percent of all melanomas.2 UVR is divided into two classes based on wavelength: UVA (320-400nm) and UVB (290-320nm), with UVA further divided into UVA1 (340-400nm) and UVA2 (320-340nm).2 UVA, or long-range ultraviolet rays, are lower energy waves that penetrate through the epidermis into the dermis, thereby causing reactive oxidative species (ROS) formation and collagen destruction, which accelerate photoaging. In contrast, UVB, or short-range ultraviolet rays, penetrate through the epidermis and are largely responsible for epidermal damage. While UVB is classically associated with direct DNA damage and therefore linked to cutaneous carcinogenesis, UVA also plays a role in DNA damage via ROS formation.2 UV radiation (UV) is classified as a “complete carcinogen” because it is both a mutagen and a non-specific damaging agent and has properties of both a tumor initiator and a tumor promoter. In environmental abundance, UV is the most important modifiable risk factor for skin cancer and many other environmentally-influenced skin disorders.3 The American Academy of Dermatology encourages the use of sunscreens with both UVA and UVB protection for assisting with prevention of cutaneous carcinoma development.4

Figure 2: Very broad-spectrum chemical filters that are not currently approved by the FDA.6

The US FDA regulates sunscreen safety and the active ingredients allowed in different sunscreen formulations.5 Table 1 lists ingredients currently permitted in the United States and their respective UV wavelength protection.5,6 Physical sunscreens contain insoluble, inorganic compounds that allow for reflection of UV wavelengths. Two insoluble filters approved in the United Sates, zinc oxide and titanium dioxide, have been deemed safe and molecularly stable by numerous studies over several years.7 Chemical sunscreens contain a variety of soluble organic compounds that absorb a range of UV wavelengths. The number of chemical filters is limited in the US with only a few providing protection against UVA, including oxybenzone, meradimate, and avobenzone. Although permissible in the European Union, very broad-spectrum chemical filters are generally prohibited by the FDA due in part to the lack of studies ruling out harm from chronic exposure, especially in pregnant women and children.8 In 2006, the FDA allowed La Roche-Posay to produce one specific sunscreen formulation with ecamsule (Mexoryl SX), which added another photostable UVA protectant to the US market. Several other UV filters, including isocotrizinol (Tinosorb M) and drometrizole trisiloxane (Mexoryl XL), allow for very broad range of protection against UVB and UVA. Between 2003 and 2010, European sunscreen producers applied for FDA permission to use several broad-spectrum chemical filters but were met with untimely responses by the FDA. The failure of the FDA to respond to these applications prompted Congress to pass the Sunscreen Innovation Act of 2014 (FDA 2014), which aimed to encourage evaluation of sunscreen filter applications. Table 2 lists very broad-spectrum chemical filter ingredients that are not currently approved by the FDA.6

Historically, both physical and chemical sunscreen safety profiles have been challenged; however, both forms of sunscreens continue to be deemed safe for human use by the FDA.9,10 Interestingly, literature in recent years has continued to question the human health impact of sunscreens, which has generated concern among the general population.

The Key West City Commission votes this month on a proposal to ban the sale of sunscreens that contain oxybenzone and octinoxate on the basis that the chemicals harm coral reefs, The Miami Herald reports.

Having passed an initial vote, the proposal requires a second vote before it can become law.

Recent systematic reviews revisit sunscreen safety profiles, in particular of chemical sunscreens.11,12 An area of ongoing concern is the possibility that chemical sunscreen ingredients, such as oxybenzone, may have estrogenic and anti-androgenic impacts on the mammalian hypothalamic-pituitary-gonadal hormonal axis. However, in a systematic review in 2011, Wang et al calculated that nearly 300 years of daily sunscreen application would be necessary to reach similar exposure levels of oxybenzone used in prior animal studies with reported endocrine abnormalities.9 In addition, it was suggested that the reported amounts of cutaneously absorbed oxybenzone are insignificant and non-cumulative in the adult human body.7,9 In a single-blinded study, Janiua et al reported that the binding affinity of oxybenzone for estrogen receptors has been shown to be weaker and near insignificant compared to estrogen and estradiol.10 The culmination of these results suggest that oxybenzone causes no clinically significant disruption in hormonal homeostasis. More recently, in 2017, Wang et al summarized advances in understanding potential endocrine disruptors and mechanisms of toxicity, including but not limited to benzophenones in chemical sunscreens.12 It was noted that in vitro and in vivo assays demonstrated various endocrine disrupting effects of the estrogenic, androgenic, and thyroid hormone pathways. Octinoxate exposure was associated with a decrease in thyroxine (T4) levels due to inhibition of 5’-deiodinase, an enzyme that catalyzes the conversion of T4 to triiodothyronine (T3).12 This highlights the importance of conducting a better risk assessment of these chemical sunscreen constituents and their metabolites.

Another area of concern under recent investigation is the safety of chemical sunscreen application on pregnant women. Ruszkiewicz et al reported that detectable levels of oxybenzone and octinoxate have been identified in human urine, serum, and breast milk.11 They hypothesized that this was secondary to chemical sunscreen application. Schlumpf detected oxybenzone and four other sunblock filters in Swiss women’s breast milk, specifically at least one sunscreen ingredient in 85 percent of milk samples, suggesting that developing fetuses also may be exposed to these substances.13,14 A recent systematic review that evaluated various human and animal reproductive studies showed an association between oxybenzone exposure during pregnancy and varying birth outcomes.15 One study reported shorter pregnancy lengths in women gestating male fetuses.15 Two studies reported higher birth weights in male neonates, while another study found lower birth weights in female neonates.15

Physical sunscreens are not immune to speculation, especially the newer nanoparticle formulations of metal oxides. Concerns of potential reactive oxygen species created by the metal oxides and whether they have carcinogenic effects have been addressed in a systematic literature review by Burnett et al, reporting that several studies showed no percutaneous permeation of nanoparticles through intact human skin.7 Additionally, The Scientific Committee on Emerging and Newly Identified Health Risks extensively researched free radical formation of metal oxides in cosmetic products and found that no toxicity or other adverse effects were observed.7

In May 2018, Hawaii passed state legislation that sparked much conversation and controversy.16 The legislation restricts the use of personal care products containing oxybenzone and octinoxate, effective January 1, 2021.16 This law was prompted by several studies showing increased amounts of active chemical sunscreen ingredients in coastal waters, with supportive evidence pointing to harmful effects of oxybenzone and octinoxate on coral reefs, a crucial component of aquatic ecosystems.17-22 Coral reefs occupy less than 0.1 percent of the world’s ocean surface, yet they provide a home for at least 25 percent of all marine species.23

It is estimated that 25 percent of sunscreen applied to the skin is washed off within 20 minutes of submersion, releasing approximately 4,000 to 6,000 tons of sunscreen into the surrounding waters of coral reefs per year.19 Large tourist populations that frequent Hawaii likely contribute to excess oxybenzone and octinoxate found in the surrounding ocean shores. In addition, the water-waste treatment facilities in Hawaii do not have effective means of filtering out these organic compounds, leading to additional contamination of coastal waters via sewage drop off.24 It has been shown that four out of five sampled sites of ocean had detectable oxybenzone levels of 100 parts per trillion while the fifth site demonstrated oxybenzone levels of 19.2 parts per billion.22

When coral is exposed to oxybenzone and octinoxate, it has been shown to undergo a bleaching phenomenon due to loss of membrane integrity and loss of photosynthetic pigments in zooxanthellae, a species of algae released from coral. Coral and zooxanthellae have a delicate symbiotic relationship wherein coral provides the zooxanthellae a protective refuge and resources needed for algae photosynthesis. The algae are later consumed by the coral, providing nourishment needed for coral growth and expansion. When coral reefs are exposed to stress, such as chemical bleaching, algae dissociate from the coral, thereby disrupting this relationship leading to decreased coral viability. Oxybenzone and octinoxate were also named in other mechanisms that directly damage coral larvae DNA. Oxybenzones also directly impact zooxanthellae. Danovaro and Corinaldesi described this impact as an induction of the lytic viral cycle in the algae when exposed to oxybenzone.19

Johnson & Johnson, the manufacturers of Neutrogena, responded to the legislation by pointing out that such a measure could compromise the health of both tourists and native Hawaiians, as it prohibits a large portion of available sunscreen products.16 They countered with the argument that the FDA recognizes both oxybenzone and octinoxate as safe over-the-counter ingredients.16

Literature in recent years has addressed concerns regarding the safety profile of chemical sunscreens, including oxybenzone and octinoxate, on both human health and marine ecosystems. Although some studies suggest that unnecessary exposure to the toxicity of active ingredients in sunscreens, such as oxybenzone and octinoxate, may counteract the benefits of sunscreens, the majority agrees that further research is required to determine risks to consumers.11,12 Literature demonstrating the detrimental effects of oxybenzone and octinoxate on coral reefs has prompted statewide legislative change in Hawaii due to environmental impact. There has been encouragement by marine experts in other states to move towards biodegradable sunscreens, especially in south Florida, home of the only coral barrier reef in the continental US.25 New literature on human safety may provide critical evidence that may change how dermatologists recommend certain formulations of sunscreens to patients.

24. Ramos S et al. Advances in analytical methods and occurrence of organic UV-filters in the environment—a review. Science of the Total Environment 2015. 526: 278-311.

Dr. Akhiyat is a resident in the department of dermatology, Medical College of Wisconsin Affiliated Hospitals in Milwaukee, WI. 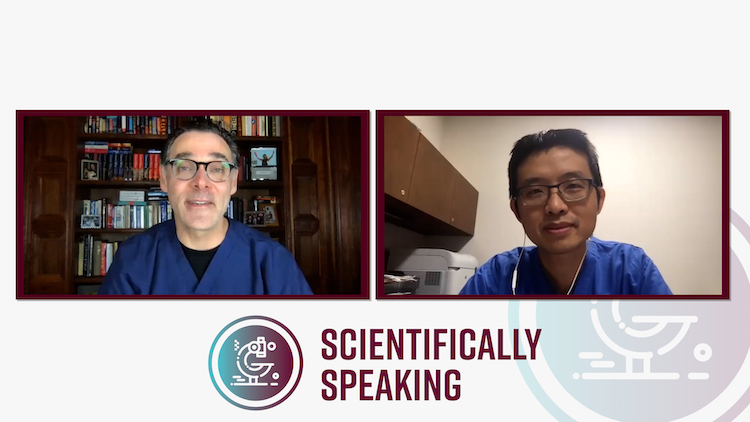 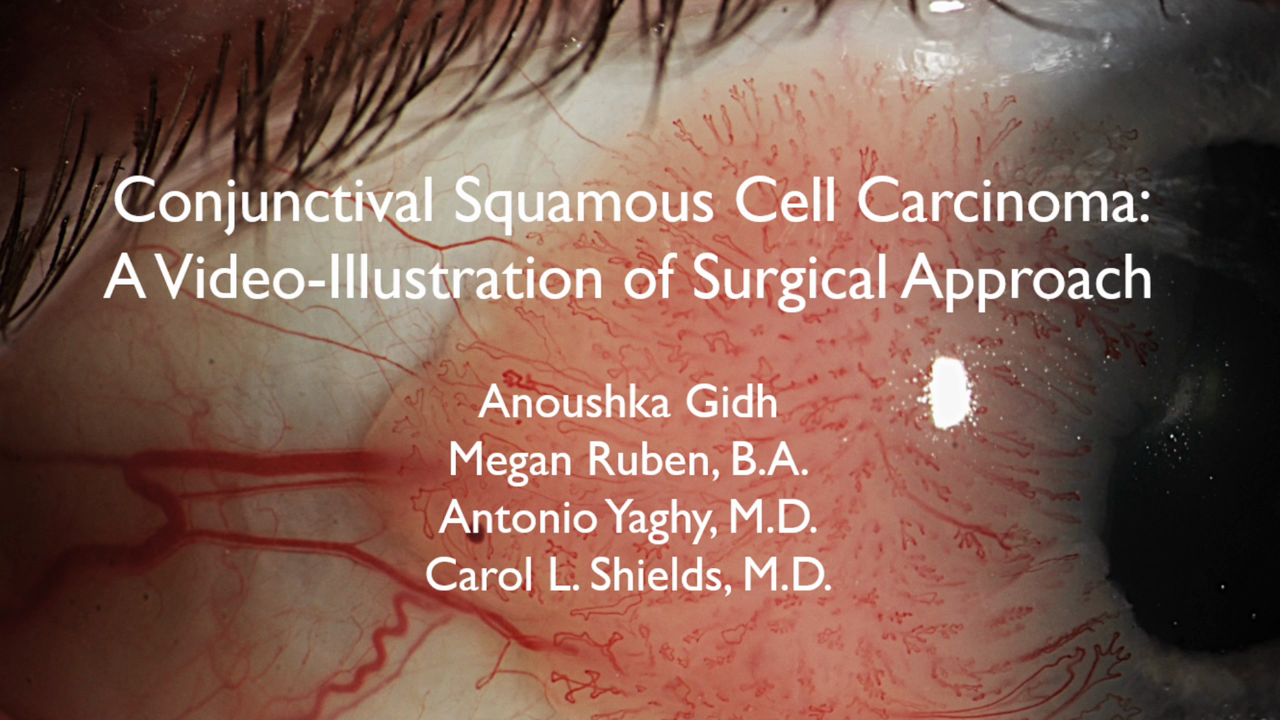