The Deception of Perception

Do you remember the 1997 James Bond movie “Tomorrow Never Dies”? The villain was a media mogul who controlled all of the information that the public received as news, spinning stories, manipulating partial messages and sound bytes, and fabricating the truth to control the narrative as he saw fit. We used to think that North Korea had that pattern down, but I for one think the American media is following the same blueprint, independent of whether you lean right or left. Partial truths, sensational headlines, and biases are today’s methods of delivering news, and, as in the movie, today’s news messages can be altered or even bought. Of course, your medical editor would never do that.

The beginning of May was interesting (aside from my birthday on the 5th), which was framed by the release of a study on plasma levels of sunscreens…on Melanoma Monday, of course, to add insult to injury. The headlines popped up all day long, patients were coming in freaked out and refusing samples, and once again we had to play defense against the panic. Nobody bothered with the study design: 24 patients, maximum use surface area four times a day for four days—which no patient ever does even on vacation—and of course zinc and titanium sunblock were not even in the equation. So once again we are left with the message that sunscreens are from hell. First vitamin D, then the coral reefs, and now the trace amounts in plasma from a MUSE study. Has anyone studied the impact of sunscreen on reducing the incidence of skin cancer? Oh yes, that’s right! But again, that never made headlines, and far be it from the media to include the investigator’s final message: “These results do not indicate that individuals should refrain from the use of sunscreen.”

Do you think anyone actually heard that part among this hysteria? Nope! So back on defense we go. It’s exhausting isn’t it? Constantly having to play from behind with patient misconceptions gets old, but the damage will be worse if we don’t correct them.

On this same day, I was scheduled to give an interview on skin cancer awareness with one of the local TV channels in San Diego, in both English and Spanish, as the local Telemundo affiliate also wanted to run the story. The cameraman came to my office and we did it there, which was fine, but on the day of the airing, there was a change of plans. The newscaster brought up some photos of atypical moles, and then instead of a dermatologist coming on to discuss skin cancer awareness, there was a promotional message about a movement to improve patient access by encouraging viewers to seek out appointments with physician extenders. This message came from a clinician with a misrepresented title on camera. Apparently this “news story” was actually a promotional message that aired on multiple affiliates for that network, and sadly the chance for patient education on skin cancer was overshadowed by an agenda…opportunity lost for someone else’s gain.

What I learned on this unique Melanoma Monday, which is what appears true on most any other day, is that faith and trust are disappearing, even with the media. We all see it with our patients and their growing mistrust of medicine, since they all ask Dr. Google and the chatroom clinic before actually believing anything physicians tell them. But how do we fix this instead of just complaining about it? When do we need to start going on offense as part of our defense? Between scope of practice and misrepresentation of credentials, to partial truths about scientific data from sensational headlines, to the endless sabotage of medicine by the internet, how are dermatologists going to stay in the game? After all, after weathering the storms of the New York Times articles and all sorts of social media bashing, here was a day to discuss one of our worst diseases, and the headlines went sideways on us.

Aside from using our resources from the American Academy of Dermatology, American Society for Dermatologic Surgery, and our many organizations, we have to be aggressive in our own marketing of our trade. As Alice Cooper told us, “No more Mister Nice Guy.” On our websites, in our waiting rooms, on our social media platforms, and everywhere else we can control the headlines, we need to balance being honest, blunt, and assertive about what we as dermatologists are trained to do, what patients need to come and see us for, and what outcomes patients might be exposed to from partial truths. Patient safety has to come before everything, and when promotional messages state, “Come see us sooner,” without a testimonial of training, or when incomplete study conclusions are used for sensationalizing a story, we have to respond on our own and not just wait for position statements and responses. We have to control the narrative, we have to bring the whole truth to the forefront, and most importantly, we have to make our own headlines for patient education.

In other news…I hope May brought a Happy Mother’s Day to all, including my lovely bride, my Mom, and all Derm Mothers. And a Happy Father’s Day to, all, as well! 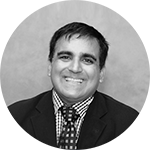 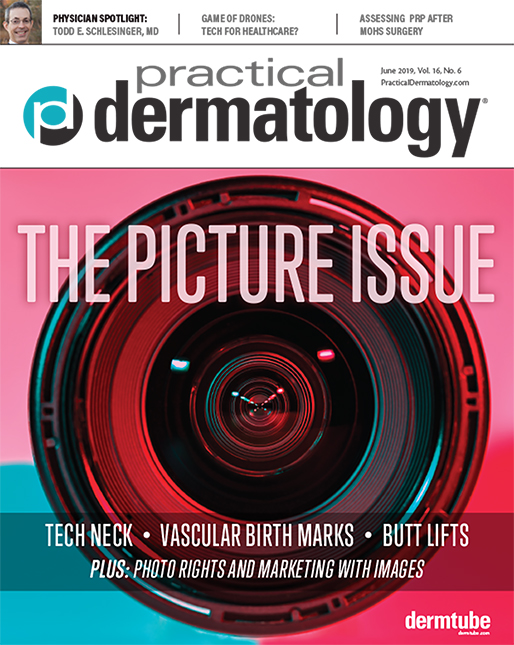