Currents: Getting To Know JAKs and Other Emerging Therapies

AbbVie’s RINVOQ (upadacitinib) performed well in Measure Up 1, the first Phase 3 study to evaluate its efficacy and safety for the treatment of moderate to severe atopic dermatitis.

Full results from Measure Up 1 will be presented at a future medical meeting and published in a peer-reviewed publication. Use of RINVOQ in atopic dermatitis is not approved and its safety and efficacy have not been evaluated by regulatory authorities.

Upadacitinib met its co-primary endpoints of at least a 75 percent improvement in the Eczema Area Severity Index (EASI 75) and a validated Investigator’s Global Assessment for Atopic Dermatitis (vIGA-AD) of clear or almost clear (0/1) at week 16 in adults and adolescents with moderate to severe atopic dermatitis who are candidates for systemic therapy.

No new safety risks were observed compared to the safety profile observed in patients with rheumatoid arthritis and psoriatic arthritis receiving RINVOQ.

Abrocitinib is an investigational oral once-daily JAK1 inhibitor being studied in patients aged 12 and older with moderate to severe AD. The new findings appear in JAMA Dermatology.

Consistent with the first Phase 3 monotherapy study (JADE MONO-1), both doses of abrocitinib from the second Phase 3 study (JADE MONO-2) met all co-primary and key secondary endpoints and were generally well tolerated.

JADE MONO-2 was a randomized, double-blind, placebo-controlled, parallel-group study designed to evaluate the efficacy and safety of two doses (100mg and 200mg once daily) of abrocitinib monotherapy over 12 weeks. A total of 391 subjects with moderate to severe atopic dermatitis were randomized to abrocitinib 200mg, abrocitinib 100mg, and placebo in the trial.

Efficacy endpoints evaluated measures of improvements in skin clearance, disease extent and severity, and itch. The co-primary study endpoints in JADE MONO-2 were the proportion of patients who achieved an Investigator Global Assessment (IGA) score of clear (0) or almost clear (1) skin and two-point or greater improvement relative to baseline at Week 12 or at least a 75 percent or greater change from baseline in their Eczema Area and Severity Index (EASI) score at Week 12.

The key secondary endpoint was the proportion of patients achieving a four-point or larger reduction in itch severity measured with the Peak Pruritus Numerical Rating Scale (PP-NRS) at Weeks 2, 4, and 12. The proportion of patients who achieved a 90 percent or greater change from baseline in EASI score at Week 12 was included as a secondary endpoint.

By Week 12, a greater proportion of patients on either dose of abrocitinib achieved the IGA, EASI-75, PP-NRS, and EASI-90 responses compared to those on placebo. The following co-primary efficacy and secondary endpoint results were seen at Week 12:

The study was a randomized, double-blind, placebo-controlled, parallel-group study evaluating oral gusacitinib (40 mg or 80 mg once daily) for up to 32 weeks, with the primary endpoint of mean modified total lesion severity score (mTLSS) at week 16 (NCT03728504).

The topline results show that gusacitinib achieved a dose-dependent, clinically meaningful, and statistically significant improvement relative to placebo in both the primary and key secondary endpoints of efficacy. Gusacitinib 80mg resulted in an overall decrease of 69 percent (p<0.005) in mTLSS from baseline, compared to a 49 percent decrease for 40mg and 33 percent decrease for placebo.

Both 40 and 80mg doses resulted in 50 and 66 percent improvement, respectively, in the mTLSS pruritus sub-score at week 16. Topline results also show significant improvement in key secondary measures such as Physician’s Global Assessment (PGA) with a five-fold increase in subjects achieving clear or almost clear over placebo at 80mg dose. Rapid and clinically relevant reductions in mTLSS (p<0.005), PGA (p<0.05) and pruritus were observed as early as four weeks and sustained for the duration of the study.

Five organizations received grants of $10,000 through Sanofi and Regeneron’s “Agents of Change” AD Challenge, a new global grants-initiative aimed at addressing the emotional and social burden associated with AD and bullying. 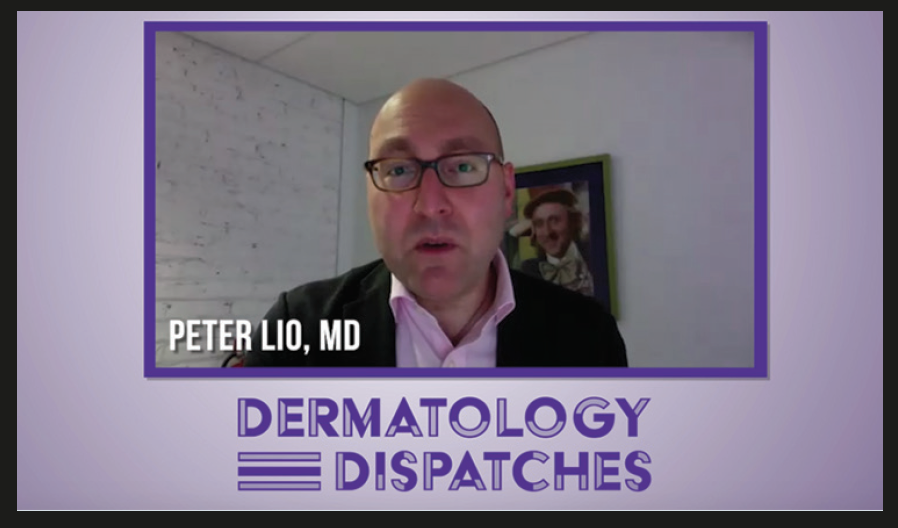