Arcutis’ Roflumilast Cream Could Be “Game Changer” for Plaque Psoriasis

Patients with plaque psoriasis who applied the cream once daily reported clear skin as well as an improvement in itch and burden of disease. 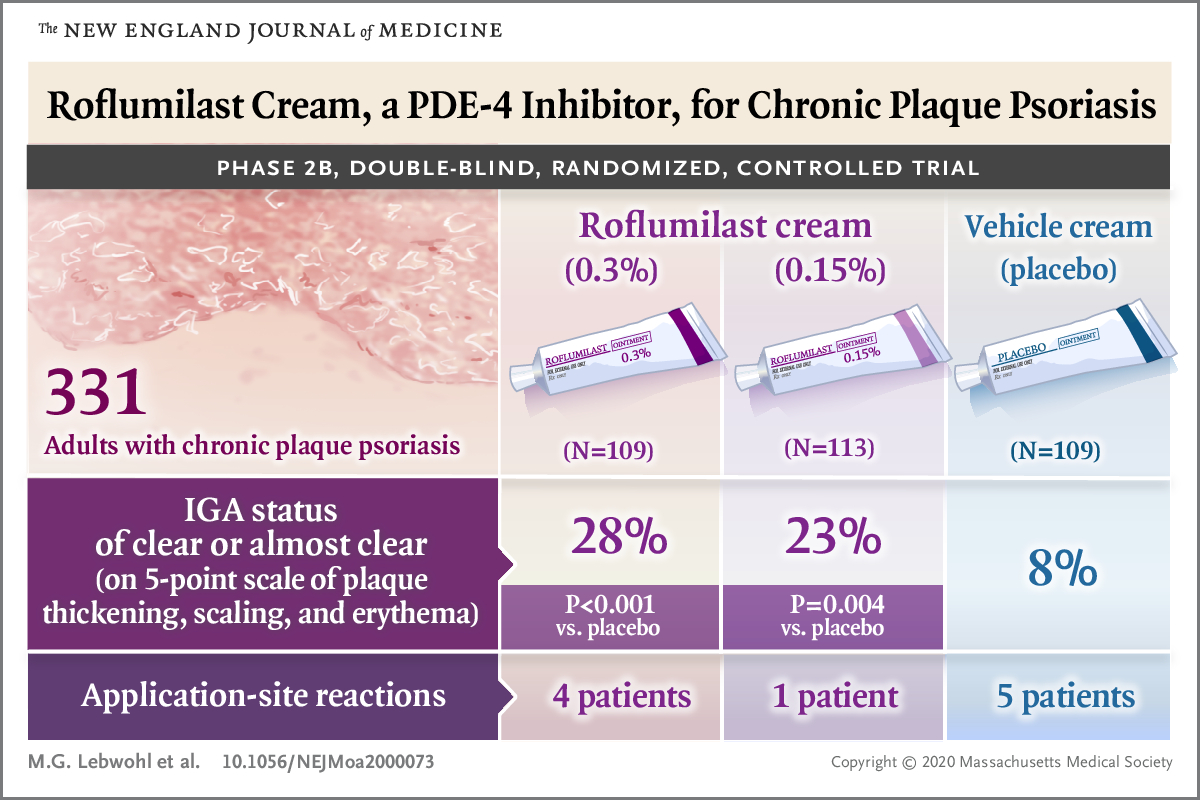 Arcutis Biotherapeutics, Inc.’s Roflumilast cream (ARQ-151) produced significant improvements in patients with plaque psoriasis in as early as two weeks, according to a results from a phase 2b trial published in The New England Journal of Medicine.

“Plaque psoriasis imposes a significant burden on patients, and is often associated with poor quality of life,” says study author Mark Lebwohl, MD, Chair of Dermatology at the Icahn School of Medicine at Mount Sinai in New York City. “Effectively treating psoriasis with topical therapies, which the vast majority of patients receive, is especially challenging due to side effects, tolerability, or efficacy of existing topical treatments. Roflumilast cream could really be a game-changer.”