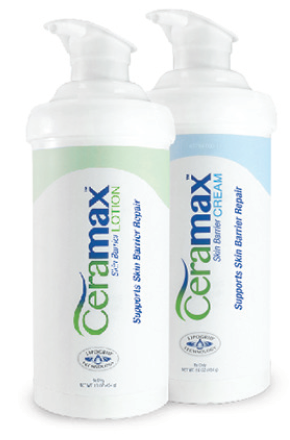 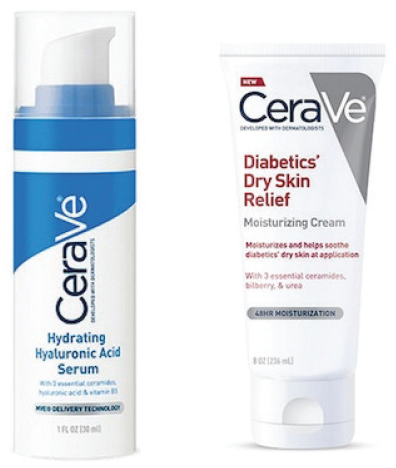 Each product contains a combination of three essential ceramides, plus bilberry and urea which help to soothe the skin and deliver moisturization. Bilberry is antioxidant-rich and known for helping to diminish bruising, while urea adds and retains moisture.

The Hydrating Hyaluronic Acid Serum will be available in late 2018. The formulation replenishes skin with hyaluronic acid. It also contains vitamin B5.

CeraVe products, including the latest launches will be available at Amazon and mass retailers nationwide. cerave.com

Nanoparticulate-based Sunscreens May Not Be So Dangerous After All

Zinc oxide nanoparticles used in sunscreen neither penetrate the skin nor cause cellular toxicity after repeated applications, according to a study out of University of Queensland (UQ) and University of South Australia.

The research, published in the Journal of Investigative Dermatology, refutes widespread claims among some public advocacy groups—and a growing belief among consumers—about the safety of nanoparticulate-based sunscreens.

“Using superior imaging methods, we established that the nanoparticles remained within the superficial layers of the skin and did not cause any cellular damage,” Professor Roberts says in a news release.

“We hope that these findings help improve consumer confidence in these products and in turn lead to better sun protection. The terrible consequences of skin cancer and skin damage caused by prolonged sun exposure are much greater than any toxicity posed by approved sunscreens.”

The toxicity link was picked up by consumers, sparking fears that Australians could reduce their sunscreen use; these fears were echoed by a Cancer Council 2017 National Sun Protection Survey showing a drop in the number of people who believed it was safe to use sunscreens every day.

Characteristics of Melanoma Patients Who Use Tanning Beds

Younger individuals and females are more likely to use tanning beds, and as a result tend to develop melanoma earlier, according to new research published in the December issue of the Journal of the American Academy of Dermatology.

Continuing a decades-long commitment to skin and sun-safety research and innovation, L’Oréal has introduced the La Roche-Posay My Skin Track UV—the first battery-free wearable electronic to measure UV exposure—which is available now at apple.com and select US Apple Store locations. This marks the first time My Skin Track UV, which was developed by L’Oréal’s Technology Incubator and unveiled at the 2018 Consumer Electronics Show, will be available to consumers in the US. With a precise sensor that measures individual UV levels and a companion app that tracks your exposure to pollution, pollen, and humidity, the launch of My Skin Track UV allows users to make more informed choices when it comes to their skin.

“Our research has long indicated the need for better consumer understanding of personal UV exposure,” says Guive Balooch, Global Vice President and Head of L’Oréal’s Technology Incubator. “We created this battery-free sensor to seamlessly integrate into the lives, and daily routines, of those using it. We hope the launch of this problem-solving technology makes it easier for people to make smart, sun-safe choices.”

The award-winning tracker measures both UVA and UVB rays, and provides instant status updates while storing up to three months of data. The battery-free sensor is activated by the sun and powered by the user’s smartphone using near-field communication. My Skin Track UV relays stored data to its accompanying app through an easy single-touch function. In addition, the app—which integrates with Apple HealthKit—provides insights into humidity, pollen, and pollution levels. Designed in collaboration with visionary designer Yves Behar, the discreet wearable sensor is 12mm wide and 6mm high, waterproof, and has a sturdy wire clip that can conveniently attach to clothing or accessories.

My Skin Track UV and My UV Patch draw from partnership and research L’Oréal conducted in conjunction with Professor John Rogers from Northwestern University, through his portfolio of intellectual property (IP) and innovation around flexible, stretchable electronics and millimeter-scale wireless technologies, with two leading wearable companies—MC10, Inc. and Wearifi. 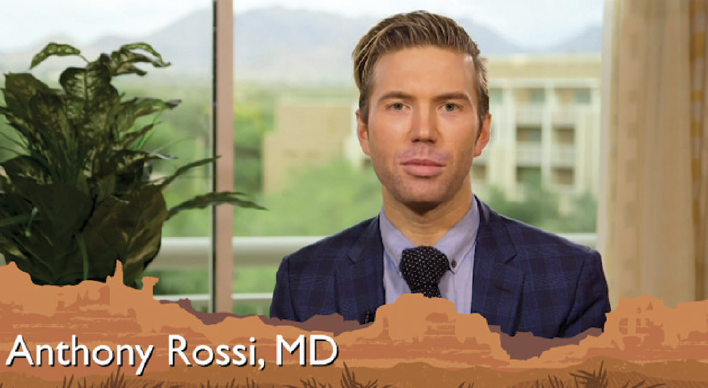 At the recent 2018 American Society for Dermatologic Surgery Annual Meeting, Anthony Rossi, MD shared his approach to nonsurgical treatment of melanoma in situ. First, he explains, patients should understand the risks, benefits, and potential side effects of imiquimod therapy. He also stresses the importance of long-term management and follow-up to ensure no recurrence.

The immune system has developed effective mechanisms to detect pathogens invading the body from outside and to eliminate them before they can cause major damage. However, the body is also exposed to dangers from inside. Such threats can take the form of genetic mutations from which a tumor can ultimately develop. But how these abnormal cells elude detection by the immune system and which immune evasion mechanisms they use are unknown.

“In our paper in Nature Immunology, we report on a previously unknown immunoevasion mechanism used by the type of skin cancer known as melanoma,” says Dr. Toszka Bohn, researcher at the Institute for Immunology of the Mainz University Medical Center, in a news release. Among other things, cancer cells are characterized by very rapid growth. The cells of tumors need a great deal of energy for this, which they obtain by means of a high rate of metabolic turnover. “We were able to show that the rate of metabolic turnover in melanomas is particularly high, which results in an abnormal acidification of the tumor environment,” explains Professor Tobias Bopp, co-author and spokesperson of the Research Center for Immunotherapy. Because of this acidic micromilieu, certain immune cells called macrophages that have migrated into the tumor develop into M2 macrophages, which are a specific sub-type of anti-inflammatory macrophage.

M2 macrophages are usually involved in wound healing processes and the regeneration of damaged tissue. These properties now benefit the growth of the tumor. Through a more detailed analysis of the mechanism, the researchers discovered that a protein known as inducible cAMP early repressor (ICER) is substantially involved in the process of macrophage transformation into the M2 sub-type. “In an animal model we were further able to prove that the immune response to tumors is boosted or, in other words, the growth of cancer is slowed, if we eliminate ICER or interrupt the corresponding signal pathway,” Dr. Toszka Bohn says. “Comparable results obtained in analogous experiments using human tissue as samples underline the clinical relevance of our findings.”

The ICER protein, which the research team in Mainz is investigating, is the focus of one of 18 sub-projects of the new Collaborative Research Center (CRC) 1292 on “Targeting convergent mechanisms of inefficient immunity in tumors and chronic infections” that was set up in January 2018. “The mechanism identified through our work provides new insight into how the immune system can be hampered when it comes to fighting cancer, thus giving us potential options for developing innovative treatment approaches,” concludes Professor Hansjörg Schild, spokesperson of CRC 1292. The goal of the CRC is to build on the knowledge gained to develop new personalized immunotherapies for the treatment of both cancers and chronic infections.

Data from a newly established UK skin cancer database, the largest of its kind, has revealed that there are more than 45,000 cutaneous squamous cell carcinomas (cSCC) every year in England, 350 percent more than previously estimated.

Developed by experts at Queen Mary University of London and Public Health England, and funded by the British Association of Dermatologists, the database fills in gaps in the recording of skin cancer, ensuring that accurate UK numbers are available for the three most common types of skin cancer: melanoma, basal cell carcinoma (BCC), and cSCC.

Previously, the data on BCCs and cSCCs has been very poor, as they were rarely registered by cancer registries due to the sheer number of cases and the complexity of accurately registering multiple tumors per patient.

Professor Irene Leigh of Queen Mary University of London, lead author of the study, explains: “Due to their frequency, the healthcare burden of squamous cell carcinoma is substantial, with high risk patients requiring at least two to five years clinical follow-up after treatment and patients often developing multiple tumours. With poor three-year survival once cSCC has metastasised, earlier identification of these high-risk patients and improved treatment options are vital.”

The study, published in JAMA Dermatology, found that a higher risk of cSCC was associated with being older, male, white, and of lower socioeconomic deprivation. This tallies with the consensus that the increase in SCCs in the UK is as a result of the ageing population, tanning trends, and easier access to foreign holidays, which results in greater cumulative UV exposure.

The researchers also found that between 2013 and 2015 there were 1,566 patients diagnosed with metastatic SCC for the first time—the cancer having spread to other parts of the body. For 85 percent of these patients, this occurred within two years of their initial SCC diagnosis.

“This database is an important national milestone in the treatment of skin cancer, the UK’s most common cancer. Previously, researchers and policy makers have been working on a puzzle without all the pieces. Now they know how many cases are being treated every year, better decisions can be made about treatment, prevention, and screening. This is a real step forward,” says Nina Goad of the British Association of Dermatologists in a news release.

Your Destination for the Latest Developments 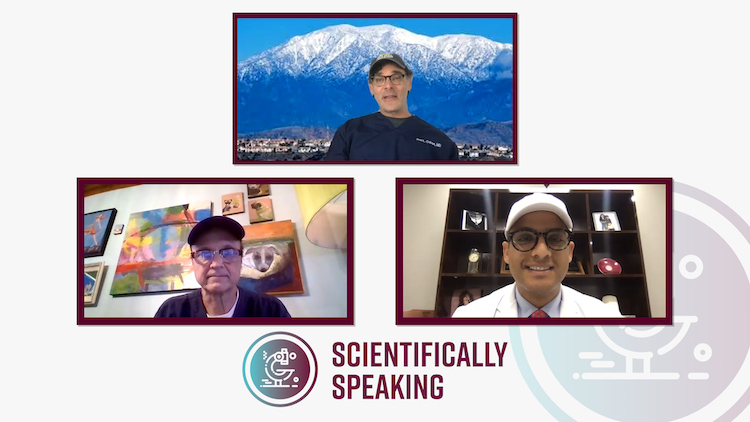 RF Technologies: What should you know?