Sexual Wellness is a Dermatologic Legacy

It should come as no surprise that dermatologists are applying energy-based devices to support sexual health and wellness. The specialty's legacy is rooted in sexual health.

The role of dermatologists in sexual health and wellness has been met in some instances with skepticism or dismissed as sensationalism. Those who find the issue controversial would benefit from a consideration of the history of our specialty. In the early twentieth century, The American Academy of Dermatology was known as the Academy of Dermatology and Venereology.

Dermatologists were the specialists primarily responsible for diagnosis and management of most genital problems and venereal diseases. This was the extent of “sexual wellness” for the time.

While it is true that over the last half of the twentieth century, much of the management of sexual health and STDs transitioned to urology, dermatologists continue to diagnose and treat STDs, including condyloma.

As dermatologists were relinquishing care of STDs during the final part of the twentieth century and into the current century, the development of lasers and a wide array of energy-based devices facilitated the growth of cosmetic dermatology. It should come as no surprise that, ultimately, devices that are used for facial resurfacing were found to be useful also to resurface the vagina. Devices that are used to break up the dimples of cellulite can also be used to induce microtrauma in penile skin, which leads to new vessel formation and helps improve erectile dysfunction.

In reality, our specialty has come full circle. When it comes to the application of energy-based devices for improvement of sexual health, we are simply reclaiming an historic aspect of our specialty, albeit in more of a cosmetic vein rather than infectious disease vein.

Dermatologists have been at the forefront in the development of energy-based devices, and we very frequently lead the charge for our colleagues in the other core aesthetic specialties. It was inevitable, even as we expanded our cosmetic services, that we would turn our attention back to sexual health and wellness.

Some physicians in and outside of the core specialties have expressed concern that those of us treating the genitals with an aesthetic focus could fail to diagnose underlying medical concerns that should be managed by urologists or gynecologists. However, such concerns can be readily addressed. For one, dermatologists performing vaginal rejuvenation can require that their patients receive routine gynecologic care. In our practice, for example, we will not treat a woman who has not had a Pap smear within the past year. Our devices affect the introitus and the vaginal area and are not targeted at the cervix. However, this requirement is a precaution, and it encourages patients to monitor their health.

Context is important. The patients seeking cosmetic treatment for sexual wellness tend not to be the demographic most susceptible to serious genital medical concerns. Women seeking vaginal tightening or cosmetic enhancement of the appearance of the vagina tend to be younger and not likely to have uterine prolapse or other major issues.

Rates of STDs in the US have increased sharply for another consecutive year, according to preliminary data released by the Centers for Disease Control and Prevention (CDC) at the National STD Prevention Conference in Washington, DC. Nearly 2.3 million cases of chlamydia, gonorrhea, and syphilis were diagnosed in the US in 2017, surpassing the previous record set in 2016 by more than 200,000 cases.

According to the latest CDC data analysis:

• Chlamydia remained the most common condition reported to CDC. More than 1.7 million cases were diagnosed in 2017, with 45 percent among women ages 15 to 24.

CDC also warns that the threat of untreatable gonorrhea persists in the US, with additional reports of antibiotic resistant gonorrhea abroad. Ceftriaxone remains the only highly effective antibiotic to treat gonorrhea in the US. In 2015, CDC began recommending health care providers prescribe a single shot of ceftriaxone accompanied by an oral dose of azithromycin to people diagnosed with gonorrhea. Emerging resistance to ceftriaxone has not been seen since the dual therapy approach was implemented. However, CDC has shown that emerging resistance to azithromycin is now on the rise in laboratory testing; the portion of samples that showed emerging resistance to azithromycin increased from one percent in 2013 to more than four percent in 2017. 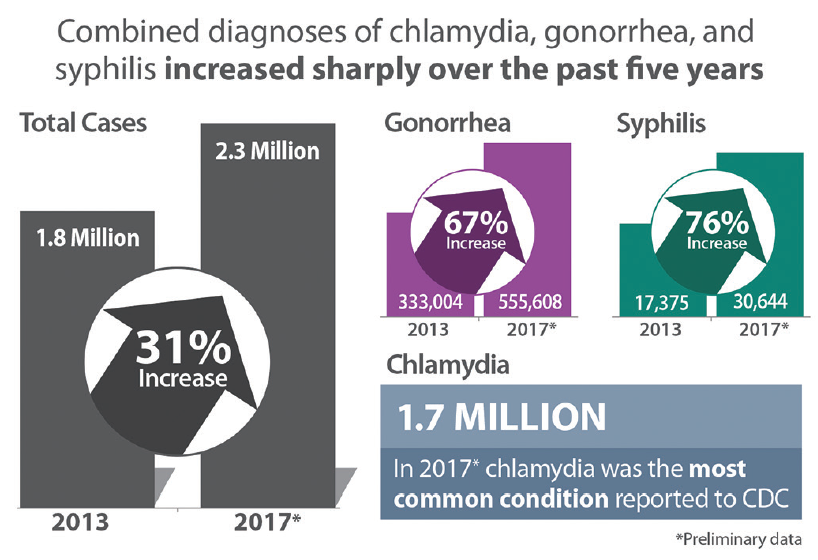 Similarly for erectile dysfunction, the majority of men seeking treatment are relatively young and simply desire better sexual performance. Most respond to PDE5 inhibitors but would prefer to reduce their dependence on these drugs. Candidates for device-based treatment have not undergone surgical treatments of the penis or have major anatomical issues.

An Opportunity for Dialogue

I founded a new CME program “Energy-Based Devices & Injectable Treatments for Improving Male & Female Intimate Wellness” focused on sexual health and wellness for men and women because I recognized a need for education around these treatments that continue to grow in popularity. (Editor’s note: For more information, visit events.x-medica.com/step/) The FDA recently warned several manufacturers against marketing devices for vaginal rejuvenation—which has no effect on how dermatologists actually use the devices in practice. Furthermore, I was convinced that hardly anyone was aware of the use of low intensity shock wave therapy for cosmetic erectile improvement. Education is essential.

Complications associated with device-based vaginal rejuvenation are few and far between. To suggest that someone should not seek female vaginal rejuvenation with a device because there is a chance of complication would be akin to arguing that no one should ever undergo laser hair removal, laser tattoo removal, or laser resurfacing because there’s a chance of a complication. Complications can occur in any device-based procedure, but they are rare.

We must also be comfortable talking about female vaginal rejuvenation and erectile dysfunction with patients, who often are not comfortable initiating a dialogue with their physicians. Part of my focus on education will be teaching doctors the science behind technologies while also teaching physicians how to have a conversation with their patients.

The number of men and women affected by erectile dysfunction or vaginal laxity, respectively, is significant. As dermatologists, we are offering aesthetic treatments and participating in an exciting expansion of device-based practice. But we are also addressing a public health concern that patients are not yet comfortable talking about. We are simply continuing the legacy of our specialty. 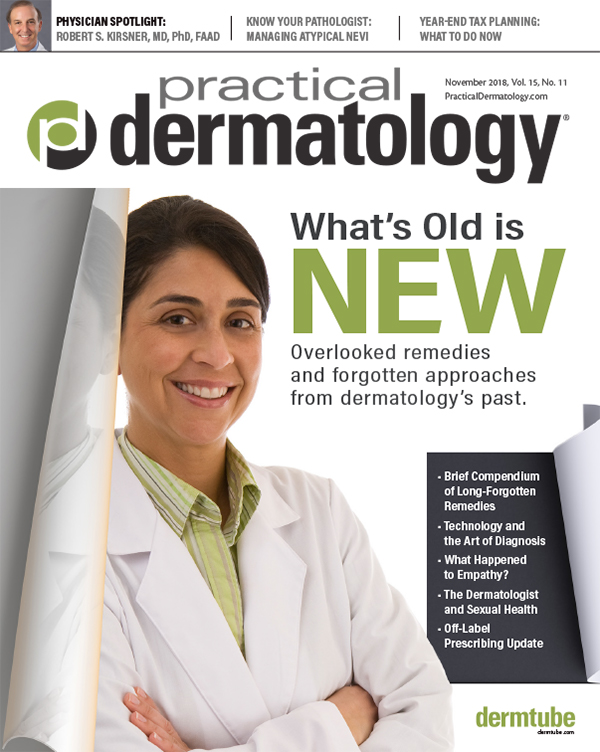