Efficacy and Safety of Newly Approved Oral Sarecycline for Acne

A closer look at the first NCE approved to treat acne in more than a decade.

Despite the fact that acne remains the most common diagnosis treated by dermatologists in the United States, there has been a lack of new chemical entities (NCE) to treat it. The last new drug molecule brought to the market to treat acne was topical dapsone gel in 2008. Moreover, it has been 40-plus years since a new oral antibiotic has been approved by the FDA for acne; minocycline received its approval in 1971 and doxycycline in 1967. 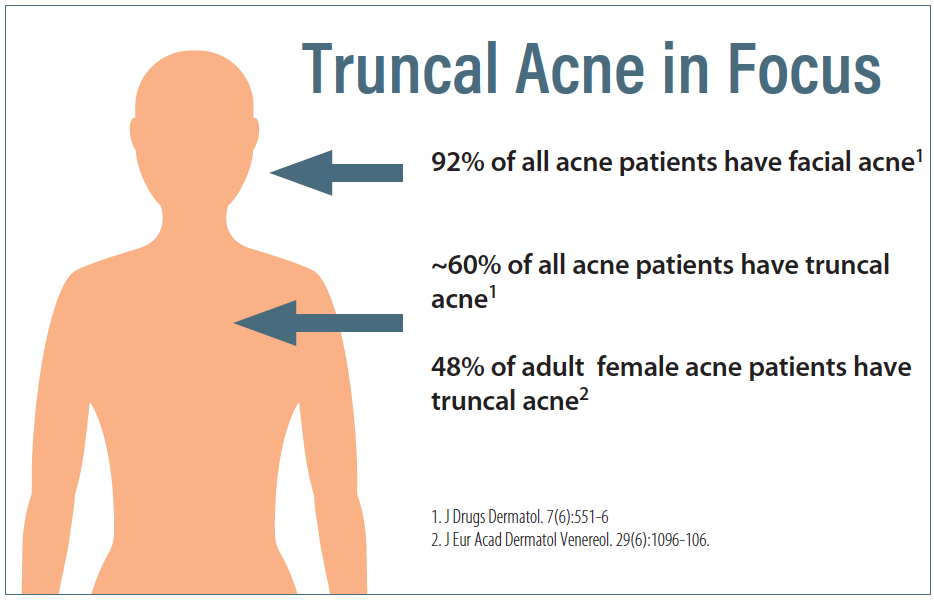 Oral antibiotics exert both antimicrobial and anti-inflammatory effects on the body. As such, they can affect the body’s microbiome and may promote bacterial resistance.1 To limit these effects, drugs with a narrow spectrum of microbial activity may be beneficial. The modified structure of sarecycline compared to other tetracycline antibiotics may explain its different pharmacologic properties. Sarceycyline has a more narrow antimicrobial spectrum, as compared to minocycline and doxycycline, with limited activity against enteric gram-negative bacteria. As a result, it may lead to less gastrointestinal microbiome disruption at the doses recommended for acne treatment.2

For FDA approval, sarecycline was evaluated in two, double-blind, randomized, placebo controlled Phase 3 studies. Patients were between the ages of 9 and 45 and had an Investigators Global Assessment (IGA) score of at least 3 or moderate acne. In addition, patients were required to have between 20-50 inflammatory lesions and no more than 100 non-inflammatory lesions, but not more than two nodules to be eligible. Standard washout periods for prior topical or oral medications were required prior to enrollment. Participants were randomized 1:1 to receive either 1.5mg/kg/day of sarecycline or placebo, dosed once daily for 12 weeks. 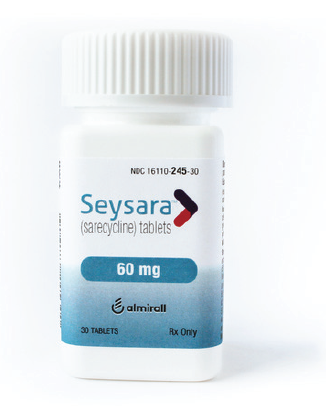 Baseline demographics, including age, gender, and ethnicity, were well matched across the treatment arms of both studies. Patients had approximately 30 inflammatory and 43 non-inflammatory lesions across both arms of each study. The majority of patients (85.2 percent and 84.8 percent) completed the study.

The primary endpoints in the trial were the treatment success rate and reduction in lesion counts at week 12. Treatment success was defined as at least a 2-grade improvement from baseline and a clear or almost clear IGA score at week 12. Statistically significant improvements were observed in both studies compared to placebo (21.9 percent and 22.6 percent vs. 10.5 percent and 15.3 percent, P<0.0001 and P=0.0038). Statistically significant reductions in inflammatory lesions were observed by week 3, and at week 12 there was a mean percent reduction in inflammatory lesions of 51.8 percent and 49.9 percent, respectively, for active treatment, vs. 35.1 percent and 35.4 percent, respectively, for controls (P<0.0001). 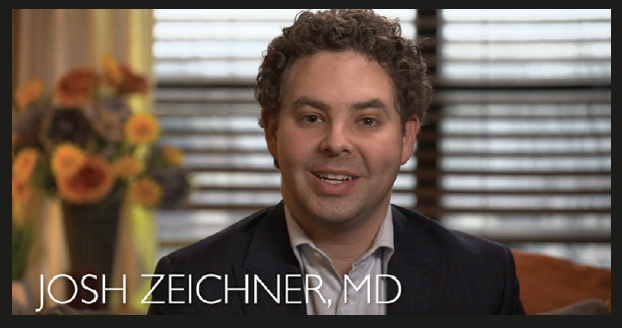 Multitasking is key to acne treatment, Dr. Zeichner says. Watch as he shares tips from his acne boot camp session at the 2019 Annual meeting of the AAD and offers pearls for oral therapy. Watch now: PracticalDermatology.com/meeting-coverage/washington-dc-2019-mar/

Sarecycline is the first NCE to be FDA approved for the treatment of acne in more than 10 years. With an indication down to 9 years of age, three available strengths, and once daily dosing, it offers a new treatment option for a variety of acne patients. The drug has proven effectiveness, with improvements in inflammatory lesions in as early as three weeks and efficacy in treating truncal acne. Finally, its consistent safety profile with a low incidence of GI, vestibular, and phototoxic side effects along with a narrow antimicrobial spectrum, make sarecycline a safe option, especially when treating patients for long periods of time.

Tuberous Xanthomas in the Setting of Mild Dyslipidemia

Allyson B. Brahs, BS; and Cynthia Lazzaro, DO